You have reached the cached page for https://collections.ushmm.org/search/catalog/pa1168228
Below is a snapshot of the Web page as it appeared on 9/14/2020 (the last time our crawler visited it). This is the version of the page that was used for ranking your search results. The page may have changed since we last cached it. To see what might have changed (without the highlights), go to the current page.
You searched for: +Janusz the Younger We have highlighted matching words that appear in the page below.
Bing is not responsible for the content of this page.
Janusz Korczak (center) and Sabina Lejzerowicz (to his right) pose with children and younger staff members in his orphanage. - Collections Search - United States Holocaust Memorial Museum

To help reduce the risk of transmission of COVID-19 (coronavirus), the United States Holocaust Memorial Museum, including the Library and Archives Reading Room, is closed until further notice. Staff members are working remotely to answer reference requests to the extent feasible. Reference questions, including those regarding access to collections, may be directed to Reference@ushmm.org. For questions about donating materials, please contact Curator@ushmm.org. Please do not send any materials until the Museum reopens to the public. Thank you for your understanding.

Search All 1 Records in Our Collections

The Museum’s Collections document the fate of Holocaust victims, survivors, rescuers, liberators, and others through artifacts, documents, photos, films, books, personal stories, and more. Search below to view digital records and find material that you can access at our library and at the Shapell Center.

Back to Results New Search

Janusz Korczak (center) and Sabina Lejzerowicz (to his right) pose with children and younger staff members in his orphanage. 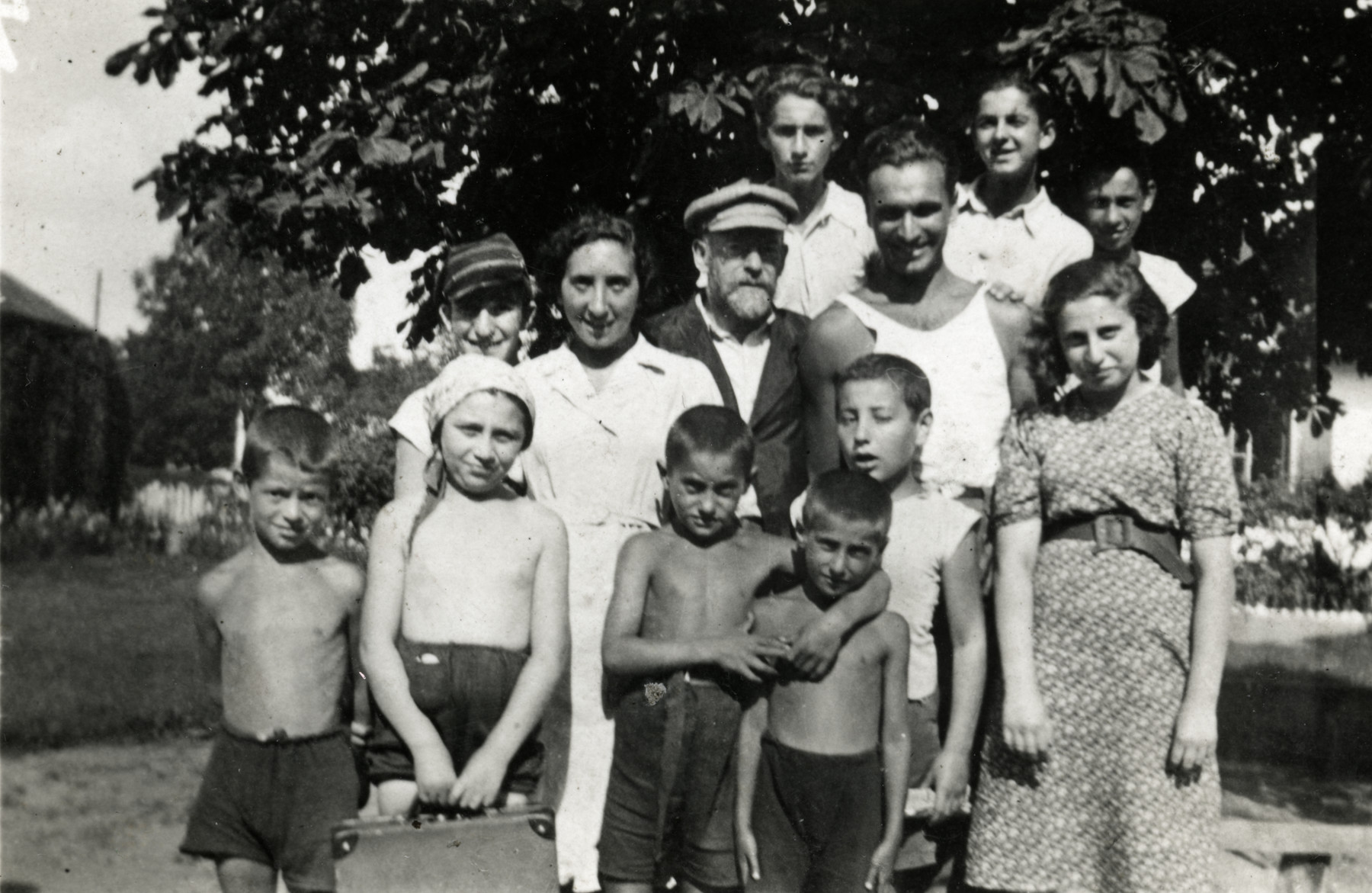 Janusz Korczak (center) and Sabina Lejzerowicz (to his right) pose with children and younger staff members in his orphanage.

Event History
The Children's Home [Dom Sierot] was a Jewish orphanage established by Janusz Korczak in Warsaw in 1912. It was located at 92 Krochmalna Street in a building designed by Korczak to facilitate the implementation of his progressive educational theories. The orphanage was funded by the Jewish Orphans' Aid Society and served children between the ages of seven and fourteen. These children attended Polish public schools and government-sponsored Jewish schools, known as "Sabbath" schools, while they lived at the Krochmalna Street home. In 1921 the orphanage opened a summer camp on the Rozyczka farm in Goclawek. Rozyczka operated through the summer of 1940. Korczak's chief assistant and collaborator at the Krochmalna Street orphanage was Stefa Wilczynska.
Biography
Shlomo Nadel is the son of Josef and Gila Nadel. He was born on October 10, 1920 in Warsaw, Poland. Shlomo's father passed away when he was four-years-old, and his mother was forced to work as a live-in maid for a Jewish family. Unable to care for her children, she placed Shlomo in the Korczak Orphanage in 1927. Since there were already 107 children in the home, she had to place his younger brother elsewhere. When Shlomo was sixteen, he moved out of the orphanage, rented an apartment with Doduk, another boy from the orphanage, and worked in a photo lab and as a messenger. Shlomo left Warsaw in 1939 due to the rising hostility and moved from place to place, ultimately landing in Fergena, Uzbekistan. When political tensions eased after the battle of Stalingrad, Shlomo was sent to Leningrad to work on railroad tracks. Throughout his travels, Shlomo always managed to keep his photographs of the Korczak orphanage with him. Shlomo's mother Gila remained in Warsaw and perished in the Holocaust.

Learn About the Holocaust

These additional online resources from the U.S. Holocaust Memorial Museum will help you learn more about the Holocaust and research your family history.