You have reached the cached page for https://australiandictionary.blogspot.com/2019/11/is-spelling-nightime-nighttime-night.html
Below is a snapshot of the Web page as it appeared on 10/21/2021 (the last time our crawler visited it). This is the version of the page that was used for ranking your search results. The page may have changed since we last cached it. To see what might have changed (without the highlights), go to the current page.
You searched for: +Is nighttime a compound word? We have highlighted matching words that appear in the page below.
Bing is not responsible for the content of this page.
Australian Dictionary - Australian English Dictionary - Spellcheck (spell check): Is the spelling nightime, nighttime, night time, or night-time?
skip to main | skip to sidebar

Is the spelling nightime, nighttime, night time, or night-time?

A common issue with spelling is whether two words should be put together without a space (known as a compound word), include a space, or the words hyphenated. Sometimes words evolve over time starting as separated, then hyphenated and finally joined together.

Nightime should be considered a spelling error, but it is used for Codral Nightime Cold and Flu tablets, where misspelling a word is common in branding and marketing situations.

The compound word nighttime is a US spelling. In Australia the spelling is not listed in either the Macquarie dictionary or the Australian Oxford dictionary, so nighttime should be considered a spelling error in Australia.

I have to say I didn’t see that coming. The correct spelling for Australian usage is night-time with the hyphen.

A quick review of the first 100 sites for “night-time” shows only 30% of sites use the correct spelling, many using both night time and night-time in the one article which is considered an error. Given the number of people using the spelling nighttime, nightime and night time, it is conceivable that 80% or more of writers are using the incorrect spelling for Australia, according to the Macquarie and Australian Oxford dictionaries.

With Microsoft Word, if you enter nighttime Microsoft Word will mark nighttime as an error, but suggest both night time and night-time, which could easily lead writers to use the wrong spelling for Australia, depending on what they mean to write.

Posted by Kelvin Eldridge at 8:51 PM 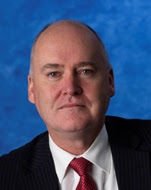 For the past 12 years my interest has been to determine the preferred Australian English spelling of words and provide tools to remove the non-preferred spelling variations in commonly used spellcheckers.
Secondary spelling variations are considered wrong by most people. Multiple ways to spell a word can lead to different spellings of words in documents and this is always incorrect.
The products available have been developed over many years and are not available from anywhere else. Use the menus above to visit the section of the site for your software.
Thank you for dropping by.

Other calculators and web apps