“Youth would be an ideal state if it came a little later in life.” 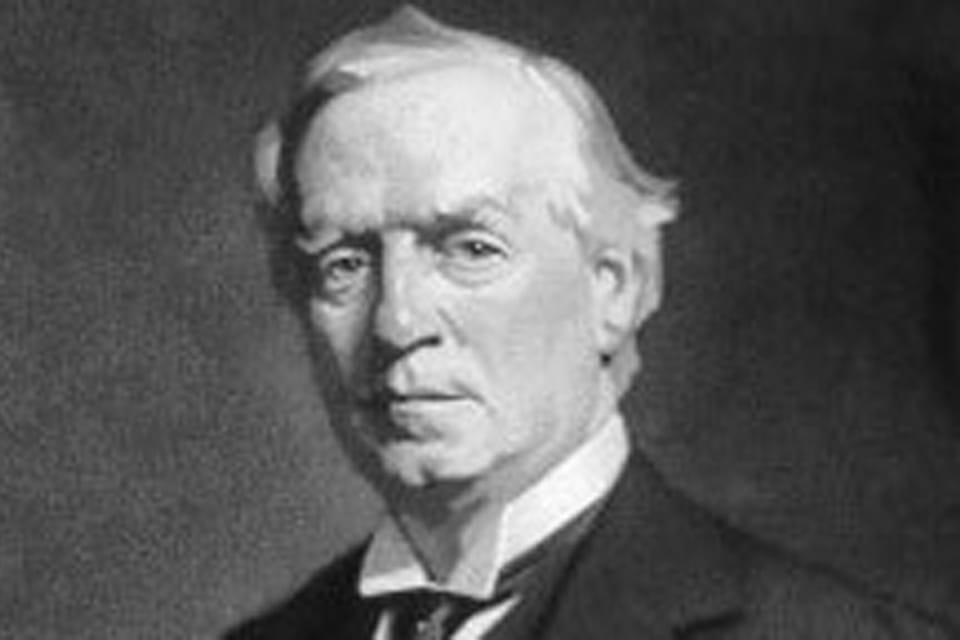 Old Age Pensions Act 1908: provided for a non-contributory old age pension for eligible people over 70. To be eligible, people had to be earning less than £21.10s per year and pass a good character test. National Insurance Act 1911: intended to create a national system of insurance for working people against illness and unemployment. All wage-earners (aged 16 to 70) had to contribute 4d per week, with employers paying in 3d and the state 2d. Workers were entitled in return to receive free medical care and advice and a ‘dole’ payment for up to 15 weeks.

He is the only Prime Minister to have taken office on foreign soil. When he succeeded Campbell-Bannerman Edward VII was in Biarritz and Asquith travelled there for the official ‘kissing-hands’ with the monarch. His first name was rarely used in public and he was often referred to just as HH – he was christened Herbert, but his second wife used the name Henry.

Herbert Henry Asquith was the son of a Yorkshire clothing manufacturer. He was educated at City of London School and Balliol College Oxford, where he became President of the Union, and was called to the Bar in 1876.

In 1886 Asquith was elected as the Liberal MP for East Fife, despite the limitations of being a young widower with 5 children (he had married Helen Kelsall Mellard, but she died from typhoid).

He was a strong believer in free trade, Home Rule for Ireland, and social reform, which were all vital issues of the day.

With his intellectual gifts and skill with public speaking, he was quick to make his mark on the Commons. Despite the lack of previous ministerial experience, he became Home Secretary under William Ewart Gladstone in 1892, and then again under Lord Rosebery. Out of office for a decade from 1895, he returned to his barrister’s practice, but also toured the country making influential speeches in favour of free trade.

In 1905 Asquith, a stocky man with clean-cut features, became Chancellor of the Exchequer in the new Liberal government. He introduced higher taxes on unearned income, which helped pay for another innovation: pensions for senior citizens over 70 years old.

In 1908 he became Prime Minister following the resignation of Henry Campbell-Bannerman.

Asquith took on the House of Lords, which often blocked reforming Liberal bills, preventing them becoming law. The Lords unwisely rejected his Chancellor David Lloyd George’s budget of 1909 and the December 1910 election was billed as a referendum on this Lords v Commons issue. Asquith had no overall majority after the election, but it gave him the public support he needed.

He introduced the Parliament Bill, which stripped the Lords of any veto over money bills or public legislation. The bill became law in 1911 and the Lords were forced into passing it by the threat that hundreds of new Liberal peers would be created if they did not.

As Prime Minister, Asquith presided over a period of national upheaval, with the issues of Irish Home Rule and women’s suffrage dominating the era. He also brought Britain into the First World War.

To maximise government support he formed a coalition in 1915, but this government was unsuccessful and unpopular as the war was going badly. The press blamed Asquith’s procrastination for the deadlock on the battlefields.

Asquith appeared sidelined when he accepted Lloyd George’s suggestion that a small cabinet committee direct the war, to the exclusion of the Prime Minister himself. His following change of mind led to a rift with Lloyd George which forced Asquith to resign in December 1916, on the same day his Chancellor resigned.

The success of Lloyd George’s government consigned Asquith to the political wilderness - a situation made worse by the loss of his seat, and those of many of his allies in 1918. He had enjoyed a very odd position as he stubbornly remained Leader of the Liberal Party, despite lacking a seat. Two years later he won a seat in a by-election, but would not govern again.

In 1925 Asquith was granted the title of Earl of Oxford and elevated to the House of Lords. He died of a stroke in 1928.