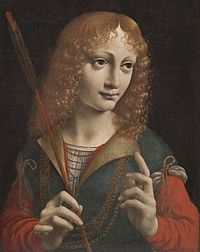 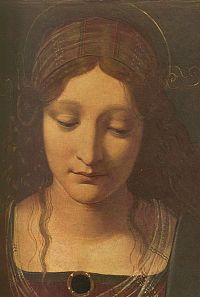 Isabella of Aragon, princess of Naples

Born in Abbiategrasso, he was only seven years old when in 1476 his father, Galeazzo Maria Sforza, was assassinated and he became the Duke of Milan. His uncle, Ludovico Sforza, acted as regent to the young duke but quickly wrested all power from him and became the de facto ruler of Milan for some time. In 1488, Gian Galeazzo married his cousin princess Isabella of Naples and they had four children together: Ippolita Maria Sforza (1493-1501), Francesco (1491–1512), Bona (1494–1557, married Sigismund I of Poland) and Bianca Maria (1495–1496).

Concerning Gian Galeazzo's death in 1494 (Pavia), Italian historian Francesco Guicciardini had to say in his La Historia di Italia (The History of Italy):

The rumor was widespread that Giovan Galeazzo's death had been provoked by immoderate coitus; nevertheless, it was widely believed throughout Italy that he had died not through natural illness nor as a result of incontinence, but had been poisoned... one of the royal physicians...asserted that he had seen manifest signs of it. Nor was there anyone who doubted that if it had been poison, it had been administered through his uncle Ludovico Sforza's machinations...

All translations of gian galeazzo sforza