You have reached the cached page for https://www.thefamouspeople.com/profiles/frederick-i-of-prussia-37633.php
Below is a snapshot of the Web page as it appeared on 8/21/2020 (the last time our crawler visited it). This is the version of the page that was used for ranking your search results. The page may have changed since we last cached it. To see what might have changed (without the highlights), go to the current page.
You searched for: +Frederick I We have highlighted matching words that appear in the page below.
Bing is not responsible for the content of this page.
Frederick I of Prussia Biography - Facts, Childhood, Family Life, Achievements
TheFamousPeople

Frederick I of Prussia Biography DID WE MISS SOMEONE?
CLICK HERE AND TELL US
WE'LL MAKE SURE
THEY'RE HERE A.S.A.P
Popularity Index
Historical Personalities #422
Emperors & Kings #317
Frederick I of Prussia
Quick Facts

Also Known As: Frederick I

Famous as: King of Prussia

Otto I, Holy Ro...
Frederick I of Prussia of the House of Hohenzollern was the Elector of Brandenburg and the Duke of Prussia. In 1701, he upgraded the duchy to royalty by gaining favors from Leopold I, Archduke of Austria and Holy Roman Emperor, and became the first King in Prussia. He later included the principality of Neuchatel within his territory thanks to his maternal ties to the House of Orange-Nassau. Twenty-two of his twenty-five years of reign were spent fighting in various wars, and yet he was unable take advantage of the Great Northern War to seize more territories from Sweden as he was mostly fighting for other rulers for money. While some of his wealth was spent to sustain his royal court, modeled after that of Louis XIV of France, his treasury was also drained dry by his corrupt and incompetent advisers.

Image Credit
https://commons.wikimedia.org/wiki/File:Frederick_I_of_Prussia.jpg
Childhood & Early Life
Frederick I of Prussia was born on July 11, 1657, in Königsberg, Prussia (now Kaliningrad, Russia), as the third child of Frederick William, Elector of Brandenburg, and his first wife, Louise Henriette of Orange-Nassau. He had six true-siblings, among whom three had died as infants, and seven more step-siblings from his father's second marriage to Sophie Dorothea of Holstein-Sonderburg-Glücksburg.
He became his father's heir following the death of his elder brother Charles, Electoral Prince of Brandenburg, at the age of 19 in 1674, amidst rumors that he was poisoned by their step-mother. As Dorothea attempted to persuade Frederick William to bypass his children from his first marriage and bequeath outlying portions of his lands to her four sons, his younger brother Louis also died in 1687.
Fearing for his own life, Frederick left Brandenburg accompanied by Eberhard von Danckelmann, his tutor and confidant, who had assumed the role of his protector following his elder brother's death. Before his death in April 1688, his father had willed to divide his territories between Frederick and his half-brothers, which was invalidated by a plan engineered by Danckelmann.
Continue Reading Below
You May Like 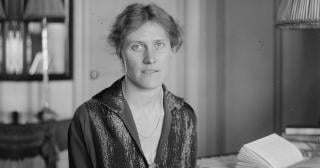 Famous People Who Made The World A Better Place 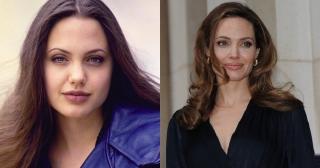 Celebrities Who Have Had A Nose Job

The Hottest Male Celebrities With The Best Abs

Celebrities Who Look Beautiful Even Without Makeup
Reign
Frederick I of Prussia won the support of Holy Roman Emperor Leopold I by promising to restore Schwiebus to Silesia after his accession. He became Elector Frederick III of Brandenburg and Duke of Prussia in May 1688, and united his father's territories by convincing his half-brothers to renounce their claims in exchange for large sums of money.
Frederick helped his cousin, William of Orange, when he invaded England during the Glorious Revolution, which resulted in the latter being crowned King of England, Ireland and Scotland in 1689. He also profited greatly by allowing his army to be used by his allies, especially the Emperor, due to which he would be referred to as "the mercenary king" by his grandson Frederick the Great.
He was personally present at the Siege of Bonn in 1689 during the Nine Years' War, when he joined forces with the Dutch Republic as part of the Grand Alliance against Louis XIV of France. However, he took a long time to complete his end of the bargain with Leopold I, holding on to Schwiebus until 1694.
Frederick, who aspired for rank and prestige, was dissatisfied by the fact that the previously exclusive status of the prince-elector was shared by nine members by 1692, including three secular princes. He further feared loss of power as the Elector of Saxony, August the Strong, became King of Poland in 1697 and the Elector of Hanover, Ernest Augustus, had secured succession of the British throne.
His fears came true at the 'Treaty of Rijswijk' (1697) when the European royals ignored Brandenburg-Prussia's claims despite its contributions in the Nine Years' War. Even though he had attempted in vain to elevate his status at the Habsburg court in Vienna in 1693, upgrading the Duchy of Prussia to a kingdom became his primary agenda at this point.
Unlike his father, he relied more on appointed officials regarding governance of his territories, which was initially handled by Eberhard von Danckelmann, who served as his Prime Minister in 1692-97. Danckelmann largely continued the policies of Frederick's father, the Great Elector of Brandenburg-Prussia, by centralizing the government and bringing new territories under the new elector's rule.
Many in Frederick's court, including his second wife Sophia Charlotte, resented the power that Danckelmann held, but he drew the ire of the elector after opposing his royal ambitions fearing heavy expenses. He was arrested and imprisoned in late 1697 on false charges of corruption, and was replaced by the three 'W(oes)': Johann Wartenberg, August Wittgenstein, and Alexander Wartensleben; corrupt officials who gained Frederick's favors through flattery.
In 1699, as the Spanish Succession War seemed inevitable, Frederick renewed negotiations to be recognized as a king by the Emperor in exchange for military support. While only Leopold and the King of Bohemia could be recognized as kings within the Holy Roman Empire, Frederick took advantage of the fact that he also ruled the Duchy of Prussia outside the Empire.
On November 16, 1700, the Crown Treaty was signed, through which Leopold allowed Frederick to call himself 'King in Prussia', instead of 'King of Prussia'. Back in Königsberg, he dedicated the royal coat of arms, the Prussian black eagle, and the motto, "suum cuique" on January 17, 1701. And the next day, he crowned himself and his wife, Sophie Charlotte, in a baroque ceremony in Königsberg Castle.
As the Emperor's authority gradually declined over Brandenburg in the following years, he modeled himself as King Frederick I of Prussia and called his army 'Royal Prussian Army'. He ruled until his death on February 25, 1713, in Berlin, following which he was interred in the Berliner Dom and was succeeded by his son Frederick William I.
Personal Life & Legacy
Frederick I of Prussia's first marriage was to Elizabeth Henriette of Hesse-Kassel, who died four years later, leaving a daughter named Louise Dorothea, born in 1680. He next married Sophia Charlotte of Hanover, the sister of English King George I, who bore him two sons, one of whom died as an infant.
Along with his cultured second wife Sophia Charlotte, he modeled the court of Berlin after the Palace of Versailles built by Louis XIV, and emulated the French king both in language and etiquette. To make Berlin a suitable capital for his new kingdom, he built a massive arsenal extending the Hohenzollern Palace, and beautified it as a Baroque city where artists and intellectuals were welcome.
He established the University of Halle in 1694, founded the Academy of Arts in Berlin 1696, and the Academy of Sciences in 1700. He appointed the polymath Gottfried Wilhelm Leibniz as the President of the Prussian Academy of Sciences and Jacob Paul von Gundling as Professor of History and Law at the Berlin Knights Academy.
After the death of his second wife in 1705, he married his third wife, Sophia Louise of Mecklenburg-Schwerin, in 1708, but did not have any children with her. He also kept an official mistress at his court, Catharina von Wartenberg, following the style of Louis XIV, but apparently did not have a physical relationship with her.
He died on 25 February 1713 in Berlin.
Trivia
Frederick I of Prussia was left with a twisted spine and a humped back following a childhood accident, due to which he became known as 'crooked Fritz' in Berlin. Many of his doctors and charlatans had attempted in vain to correct his deformity.
You May Like

The Coolest Soccer Players Of All Time

Frederick William I of Prussia
(German) 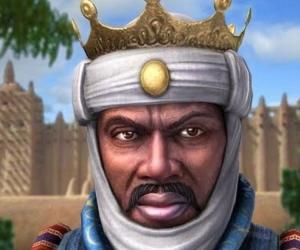 Paul I of Russia
(Russian)