You have reached the cached page for https://www.britannica.com/biography/Frederick-I-king-of-Prussia
Below is a snapshot of the Web page as it appeared on 8/15/2020 (the last time our crawler visited it). This is the version of the page that was used for ranking your search results. The page may have changed since we last cached it. To see what might have changed (without the highlights), go to the current page.
You searched for: +Frederick I We have highlighted matching words that appear in the page below.
Bing is not responsible for the content of this page.
Frederick I | king of Prussia | Britannica
Frederick I
king of Prussia
Media
Print
Thank you for your feedback

king of Prussia
WRITTEN BY
The Editors of Encyclopaedia Britannica
Encyclopaedia Britannica's editors oversee subject areas in which they have extensive knowledge, whether from years of experience gained by working on that content or via study for an advanced degree....
Alternative Title: Frederick III of Brandenburg

Frederick I, (born July 11, 1657, Königsberg, Prussia [now Kaliningrad, Russia]—died Feb. 25, 1713, Berlin), elector of Brandenburg (as Frederick III), who became the first king in Prussia (1701–13), freed his domains from imperial suzerainty, and continued the policy of territorial aggrandizement begun by his father, Frederick William, the Great Elector.

Britannica Quiz
Journey Around the World
Which of these former English colonies does not have a Parliament?

In 1688 Frederick succeeded to the electorate and at once set out, assisted by the capable Eberhard von Danckelmann, his boyhood tutor, now prime minister, on the course that was to yield him a monarch’s crown 13 years later. Frederick maintained a large, splendid court and an army out of proportion to his territories and position to further his pretensions.

In European politics, he allied himself with Austria and the sea powers (England and Holland) against France. Prussian troops were sent to the Netherlands (1688) to protect William of Orange’s continental lands against expected French attacks when William crossed the Channel to accept the English crown. By this act Frederick hoped to gain the Dutch stadholdership for himself or his descendants, but he was eventually frustrated. Although, in the wars of the Grand Alliance against Louis XIV (1689–97), Prussia’s contingents in the imperial army distinguished themselves everywhere, Prussia emerged practically unrewarded at the Treaty of Rijswijk (1697). On Nov. 16, 1700, however, Austria and Prussia signed a secret treaty that permitted Frederick to crown himself king in Prussia, thus finally realizing his long-cherished ambition. Austria agreed to this elevation primarily to gain Prussian aid in the threatening war against France over the succession to the Spanish throne. In return, Frederick promised to send 8,000 troops beyond the normal Prussian contingent to the imperial army, to give preference to Habsburg candidates in imperial elections, and to vote with Austria on all important matters in the German Diet as far as Prussian interests permitted. Thus, when Frederick crowned himself in Königsberg on Jan. 18, 1701, Prussia was saddled with weighty obligations. Only his son, Frederick William I, and his grandson, Frederick II the Great, were able to exploit Prussia’s enhanced position to the full and transform the new kingdom into a great European power.

During the War of the Spanish Succession (1701–14), Frederick remained a loyal ally to Austria, and Prussia’s military contribution proved outstanding; but again, at the Treaty of Utrecht (1713), Frederick’s territorial rewards were small, consisting of the Swiss canton of Neuchâtel and a few enclaves on the lower Rhine.

Prussia’s elevation to a monarchy gave greater cohesion to the diverse and dispersed Hohenzollern lands, which now were turned into provinces. Frederick also freed the new kingdom from imperial judicial suzerainty and increased its revenues. An influx of Dutch and French Protestants was instrumental in the creation of new industries, the reclamation of land, and the stimulation of intellectual life. The founding of the University of Halle (1694), the Academy of the Arts (1696), and the Academy of the Sciences (1700), of which the eminent philosopher Gottfried Wilhelm Leibniz became the first president, further contributed to Prussia’s growing cultural importance. 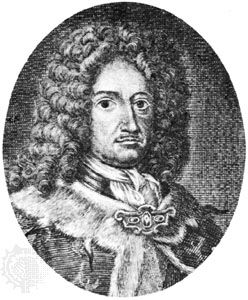