You have reached the cached page for https://www.britannica.com/biography/John-Frederick-elector-of-Saxony
Below is a snapshot of the Web page as it appeared on 10/14/2020 (the last time our crawler visited it). This is the version of the page that was used for ranking your search results. The page may have changed since we last cached it. To see what might have changed (without the highlights), go to the current page.
You searched for: +Frederick I, Elector of Saxony We have highlighted matching words that appear in the page below.
Bing is not responsible for the content of this page.
John Frederick | elector of Saxony | Britannica
John Frederick
Article Media Additional Info

Join Britannica's Publishing Partner Program and our community of experts to gain a global audience for your work!
External Websites
WRITTEN BY
The Editors of Encyclopaedia Britannica
Encyclopaedia Britannica's editors oversee subject areas in which they have extensive knowledge, whether from years of experience gained by working on that content or via study for an advanced degree....
Alternative Titles: Johann Friedrich der Grossmütige, John Frederick the Magnanimous

John Frederick, byname John Frederick the Magnanimous, German Johann Friedrich der Grossmütige, (born June 30, 1503, Torgau, Saxony—died March 3, 1554, Weimar, Saxe-Weimar), last elector of the Ernestine branch of the Saxon House of Wettin and leader of the Protestant Schmalkaldic League. His wars against the Holy Roman emperor Charles V and his fellow princes caused him to lose both the electoral rank and much of his territory.

The elder son of the elector John the Steadfast, John Frederick succeeded to the Ernestine lands in 1532. As head of the Schmalkaldic League (q.v.) for the defense of the reformers, he hesitated to oppose the Holy Roman emperor Charles V, in whose pacific intentions he believed. His Naumburg coup, when he forced the replacement of an elected Catholic bishop by a Protestant one, however, helped convince Charles V to take up arms against the Reformation. Furthermore, by seizing the town of Wurzen, John Frederick ignored the rights of his second cousin Maurice, Saxon duke of the rival Albertine branch of the House of Wettin.

The ensuing enmity helped split Germany’s Protestant princes. When the Emperor defeated the Schmalkaldic League at the Battle of Mühlberg (1547) with the aid of Maurice, the electoral dignity was granted to the Albertines. John Frederick, wounded and taken prisoner, was condemned to death but saved himself by acquiescing to electoral and territorial losses. He refused to compromise on religious issues, however, and enjoined his sons to refuse peace with Maurice. In 1552, during a war between the Emperor and Maurice, John Frederick was freed. After the death of Maurice (1553), he hoped to regain the electorship but was disappointed when Maurice’s successor Augustus was granted the title. Considered a martyr of Protestantism, John Frederick continued to enjoy the respect of his people and fellow princes until his death. 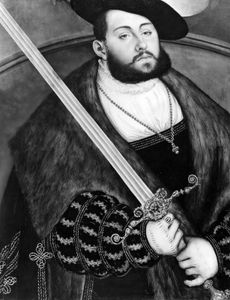 A lively and informative new podcast for kids that the whole family will enjoy! 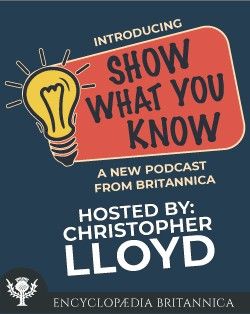