You have reached the cached page for https://civ5customization.gamepedia.com/Saxony_(Frederick_Augustus_I)
Below is a snapshot of the Web page as it appeared on 10/13/2020 (the last time our crawler visited it). This is the version of the page that was used for ranking your search results. The page may have changed since we last cached it. To see what might have changed (without the highlights), go to the current page.
You searched for: +Frederick I, Elector of Saxony We have highlighted matching words that appear in the page below.
Bing is not responsible for the content of this page.
Saxony (Frederick Augustus I) | Civilization V Customization Wiki | Fandom
Gamepedia
Help
Sign In
Register

As part of the Unified Community Platform project, your wiki has been migrated to the new platform. Read more here.

Saxony led by Frederick Augustus I is a custom civilization by JFD and Janboruta[1], with contributions from bernie14[2].

Saxony has a long history as a duchy, an electorate of the Holy Roman Empire (the Electorate of Saxony), and finally as a kingdom (the Kingdom of Saxony). In 1918, after Germany's defeat in World War I, its monarchy was overthrown and a republican form of government was established under the current name. The state was broken up into smaller units during communist rule (1949–1989), but was re-established on 3 October 1990 on the reunification of East and West Germany.

Frederick Augustus I 'the Strong' was the Elector of Saxony, Imperial Vicar, and became King of Poland and Grand Duke of Lithuania (as Augustus II). In order to be elected King of the Polish-Lithuanian Commonwealth, Augustus converted to Roman Catholicism.

As Elector of Saxony, he is perhaps best remembered as a patron of the arts and architecture. He established the Saxon capital of Dresden as a major cultural centre, attracting artists from across Europe to his court. Augustus also amassed an impressive art collection and built lavish baroque palaces in Dresden and Warsaw.

As King of Poland, his reign was successful. He led the Polish-Lithuanian Commonwealth in the Great Northern War, which led to the Russian Empire strengthening its influence with the Commonwealth. He achieved internal reforms with his admired wit that led to an enlightenment among Poland at the time, he bolstered royal power in the Commonwealth. Known as being an intellectual he protected to Jagiellonian illuminated order and was on the winning end of the Great Northern War.

"Welcome, Frederick Augustus I, elector of Saxony. You lead one of the cultural centres of Europe. Saxony is a modest country, with a wealth of art and architecture to its name. Elector to the Holy Roman Empire, Saxony rose to prominence during the 16th century, as home to the Protestant Reformation. In the 17th century, you joined Saxony in union with the Commonwealth of Poland-Lithuania, and embarked upon great projects which would make Dresden the envy of artists the world over. Even today, the legacy of your endeavours persist, and Saxony remains one of the most culturally autonomous states in Germany.

Strong and noble king, the great halls of Dresden's Palaces thirst for culture and enlightenment. Can you fill your cities with great works and monuments? Can you defend her sovereign territory and usher in a new golden age? Can you build a civilization that can stand the test of time?

Introduction: "Greetings and welcome, I am Frederick Augustus I of Saxony. I beckon you to join me in tour of my magnificant palaces."

Introduction: "Welcome to Saxony. I am Frederick Augustus I. Would you join me in a friendly game of fox-tossing, perhaps?"

Defeat: "Treat my great palaces well, and I shall hold no ill-will against your victory here, today."

Saxony's UA means you can make wonders easier if you go for a Cultural Victory, and ideally that's what you want to go for. Every National Wonder gives a free Great Artist in addition. The Carabinier Guard gets an additional defense for each National Wonder. An extra bonus to the unit is it gains Defensive Bonuses from terrain. The Kunsthaus gives you an additional Great Work of Art slot in addition to the previous two. Lastly the building is available early at Architecture. The building and UA is the main thing pushing you for the Cultural Victory. The Carabinier Guard is really only for defensive purposes. As with any cultural victory go for the Aesthetic Tree, build the Guilds, and maybe pass the law in  the World Congress. In no time you'll have your enemies in awe of the Jewel of Europe. 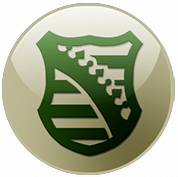 The secret to the manufactory of fine porcelain has thus far evaded sculptors for centuries. But that is because they did not have the proper funding. With our wealth put to their aide, we shall no doubt discover the mysteries to making porcelain before long.

Found the Order of the White Eagle

It gives us the greatest pleasure to formally acknowledge those of our realm who are of the highest order. Henceforth, these men and women shall be known as Knights of the Order of the White Eagle.

It is time to test our strength, and to engage in the annual animal tossing competition. No doubt we shall make short work of our fellow competitors and, in doing so, impress upon the people.

Option 2: We shall show our strength by tossing (random medium animal)

The insatiable power of our loins have once again produced an offspring. The child, a {1_Gender}, is quite {2_Quality}. We must decide whether to acknowledge them as a bastard or otherwise to deny them.

Option 1: We shall acknowledge this one.

Option 2: We shall acknowledge this one.

"Our people are now buying your fine porcelain and exploring your ore mountains! We're worried the rest of the world will also succumb to the influence of your culture."