You have reached the cached page for https://www.legacy.com/us/obituaries/schuylkill/name/frank-birster-obituary?pid=200355227
Below is a snapshot of the Web page as it appeared on 11/27/2021 (the last time our crawler visited it). This is the version of the page that was used for ranking your search results. The page may have changed since we last cached it. To see what might have changed (without the highlights), go to the current page.
You searched for: +Frank Fritz We have highlighted matching words that appear in the page below.
Bing is not responsible for the content of this page.
Frank Birster Obituary (2021) - Ashland, PA - Republican & Herald
Frank W. Birster 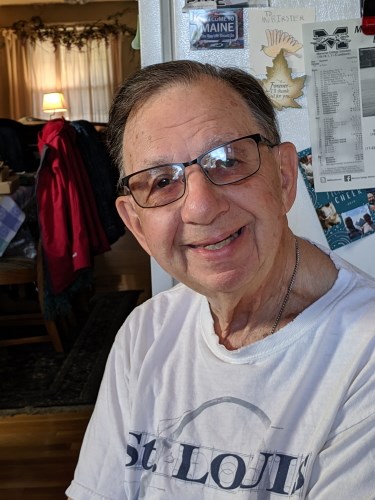 Born in Locustdale, he was a son of the late Charles and Veronica Schneider Birster.

He was a graduate of the former Conyngham High School, Aristes.

Following high school, he owned and operated his own ice cream business, with five trucks during the 1960s and early '70s. He later became the grocery manager for the former Anthony's Supermarket, Frackville, later becoming T.J. Barts Market, working there until retirement.

Frank was a parishioner of the former Saint Mauritius Roman Catholic Church, Ashland, until its closing. He attended the newly formed St. Charles Borromeo Catholic Parish, Ashland. Upon moving to Bethlehem, he became a member of Notre Dame Church, Bethlehem. Frank was a member of Sarto Council of Knights of Columbus, holding many positions including grand knight, American Hose Volunteer Fire Company, vice president, Ashland Fire Police, Ashland Rotary Club and Area Meals on Wheels, all of Ashland. He actively participated in Ashland Area Historical Society and the Born For This Choral group. He was an active donor to Hillside SPCA, Pottsville, and the Ashland Boys Association parade fund.

Preceding him in death was his wife, Suzanne Simon Birster, passing in 1980, and brothers, Charles, George, and Gervase "Moxie" Birster.

Relatives and friends are invited to attend a Mass of Christian Burial at 11 a.m. Wednesday, Oct. 13, at Saint Charles Roman Catholic Parish Church, 11th and Walnut streets, Ashland. Celebrant will be the Rev. Brian M. Miller, pastor. Interment will be in New Saint Mauritius Cemetery, Ashland. A viewing will be held at 10 a.m. until Mass at the church. Memorials may be made to Hillside SPCA, Hillside Road, Pottsville, PA 17901. Visit www.Fritzfuneralhome.com. Richard W. Fritz Funeral Home, Ashland, is in charge of funeral arrangements.