You have reached the cached page for https://www.britannica.com/biography/Ernest-II
Below is a snapshot of the Web page as it appeared on 5/26/2020 (the last time our crawler visited it). This is the version of the page that was used for ranking your search results. The page may have changed since we last cached it. To see what might have changed (without the highlights), go to the current page.
You searched for: +Ernest, Duke of Austria We have highlighted matching words that appear in the page below.
Bing is not responsible for the content of this page.
Ernest II | Facts, Biography, Victoria, & Albert | Britannica
Ernest II
duke of Saxe-Coburg-Gotha
Media
Print
Thank you for your feedback

duke of Saxe-Coburg-Gotha
Written By:

Ernest was the eldest son of Duke Ernest I and his first wife, Louise of Saxe-Gotha. In 1842 he married Alexandrine of Baden, and he succeeded to the dukedom upon his father’s death in 1844. During the years of reaction after the Revolutions of 1848, Ernest remained faithful to the liberal and national ideal, offering asylum to political exiles from Prussia and Saxony. In 1852 he gave Gotha a new constitution, which in part coordinated the administration of his two duchies.

In 1861 Ernest concluded a military agreement with Prussia, subordinating his troops to Prussian command in case of war. About this time he became patron of the Nationalverein (German: “National Union”) and allowed his court to become the centre of nationalist agitation. The democratic leanings of the Coburg court seriously embarrassed Prussian Prime Minister Otto von Bismarck, whose policy was further hampered when Coburg became the headquarters of the party in favour of Frederick, duke of Augustenburg (later Frederick VIII), during the Schleswig-Holstein crisis. In 1863 Ernest was present at the Fürstentag (Diet of Princes) in Frankfurt and began to correspond with the Austrian court, where his cousin Alexander, Graf (count) Mensdorff, was minister. During the Seven Weeks’ War of 1866, after vainly trying to mediate between Prussia and Austria, he put his troops under Prussian direction just before the decisive Battle of Langensalza.

His role in politics outside his own duchies ended when the German Empire was formed. That it had been important is shown by the comment of Emperor William I: “To him in no small degree was due the establishment of the empire.” A man of varied tastes, Ernest composed several operas and songs. He also was a keen sportsman. Because Ernest had no children, his title was inherited by his nephew Alfred, duke of Edinburgh, second son of Ernest’s younger brother, Albert. Ernest’s memoirs were published as Aus meinem Leben und aus meiner Zeit (“From My Life and My Time”), in three volumes (1887–89). Contained within are Ernest’s reflections on the creation of the modern German state, as well as his correspondence with his sister-in-law Queen Victoria. Ernest’s relationship with Victoria and the royal family remained close after the death of Albert in 1861, and he was an early champion of the marriage of Victoria’s third daughter, Helena, to Prince Christian of Holstein.

Get exclusive access to content from our 1768 First Edition with your subscription. Subscribe today
This article was most recently revised and updated by Michael Ray, Editor. 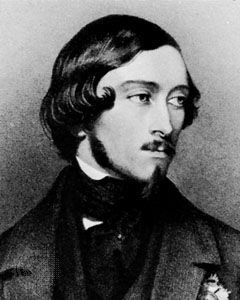 Your preference has been recorded
Get a Premium membership for 30% off!