You have reached the cached page for https://www.monstrousregimentofwomen.com/2018/12/elizabeth-of-poland-queen-and-regent.html
Below is a snapshot of the Web page as it appeared on 6/12/2020 (the last time our crawler visited it). This is the version of the page that was used for ranking your search results. The page may have changed since we last cached it. To see what might have changed (without the highlights), go to the current page.
You searched for: +Elizabeth of Poland, Queen of Hungary We have highlighted matching words that appear in the page below.
Bing is not responsible for the content of this page.
The Monstrous Regiment of Women: Elizabeth of Poland, Queen and Regent

The Writer Christine de Pizan at Her Desk

Elizabeth of Poland, Queen and Regent

Elizabeth of Poland, Queen of Hungary and Regent of Poland (died 29 December 1380)

Born in the year 1305, Elizabeth of Poland was the daughter of Władysław of Poland, and Jadwiga of Kalisz.

Władysław had succeeded his father as ruler in one of the Polish principalities in 1275 and was elected by the nobility of Greater Poland as their prince in 1296--but those nobles transferred their allegiance, and Władysław saw a rival crowned as king of Poland in 1300.

Pressing his claim to his title with the pope, Władysław went to war, eventually gaining control of--and uniting--much of Poland. He was crowned king at Krakow on 20 January 1320.

It was at this point that his daughter, Elizabeth, was married to Charles Robert of Anjou, king of Hungary and Croatia, who had claimed the throne of Hungary through his father, who in turn had inherited the claim of his mother, Mary of Hungary.

Elizabeth of Poland was the third or fourth wife of the thirty-two-year old Charles Robert (there are disputes about whether or not his first wife was Mary of Galicia). At the time of her marriage to the king of Hungary, she was just fifteen years old, but the alliance brought needed political support to Władysław as he continued his campaign to reunify Poland.

As for the king of Poland--his new young wife brought him, in the words of historian Nancy Goldstone, "an exceptionally determined and energetic partner--manipulative, capable, and eager for power." She managed her own household and advisers as well as administering a number of towns and estates.

Elizabeth, now queen of Hungary, was also involved in a particularly brutal act of "justice"--in 1330, on a visit from Poland, her brother raped a young woman, and the woman's father, Felician Zah, attempted vengeance, rushing into a royal dining room with a sword. He managed to mutilate Elizabeth's hand, but he failed in his assassination attempt. He was brutally executed, as was his immediate family (including the young woman who had been raped) and his extended family--all his relatives "within the third degree of kingship" were tortured and executed. Yikes.

And yet, during the years of her marriage, Elizabeth of Poland was recognized for her piety, and she founded a number of religious houses. She also fulfilled her duties as queen; unlike her husband's previous wives, she produced sons, giving birth to five boys before the death of her husband in 1342. (Two of these boys died in their childhood, and a third died as a young man; she may also have given birth to two daughters, though they may also have been born to another of the king of Hungary's wives.)

Elizabeth of Poland's eldest surviving son, Louis, succeeded his father as king of Hungary, and although he had attained the age of majority (sixteen), his mother acted a kind of co-regent for him. In Goldstone's words, Elizabeth was a "shrewd political tactician," a politician who was "highly proficient at management."

As her son's political adviser, Elizabeth was particularly intent on "expanding Hungarian influence in Eastern Europe and on maintaining strong ties with her native Poland." To that end, she arranged for her son's marriage to the daughter of the heir to the throne of Bohemia, Margaret of Bohemia, then only seven years old.

Unfortunately, Margaret, the titular queen of Hungary, died when she was just fourteen years old. And so, in 1350, the queen turned to Elizabeth of Bosnia, whom she was fostering at the Hungarian court--Elizabeth of Bosnia was Władysław's grandniece, while the queen herself was related to the girl's mother. Despite the fact that her son and Elizabeth were related within the "prohibited degrees of kinship," the couple were married on 20 June 1353--and sought papal dispensation after the fact.

Meanwhile, the queen's second son, Andrew, had been betrothed to Joanna I of Naples in 1333, when he was just a child of six, and he had been sent to live in the Neapolitan court. When Joanna succeeded to the throne as queen in 1343, Andrew assumed, or hoped, he would have a significant role to play as king of Naples, but the young queen regnant had other ideas.

Although Joanna's position was supported by a papal decision, Elizabeth of Poland traveled to Naples and, before returning to Hungary, bribed the pope, who reversed his decision. But Andrew did not gain any significant role in government--instead, he was assassinated in 1345, when he was just seventeen.

While Louis pursued vengeance in Naples and, later, undertook an endless string of other military adventures, his mother remained in Hungary as his most steadfast and respected adviser. After the death of her older brother Casimir III, king of Poland, in 1370, Elizabeth's son, Louis, succeeded his uncle as king of Poland.

Louis was crowned king of Poland in November, but by December he was off again, leaving his mother there to act as regent. Elizabeth of Poland, dowager queen of Hungary, was not beloved in this role, but she remained in the kingdom as regent until 1375, working to ensure the Polish succession for her granddaughters.

After a Polish rebellion, she returned to Hungary, where she quietly entered a convent. She did return to Hungary in 1379 and again in 1380, again to ensure the rights of her granddaughters.

She died on 29 December 1380, aged about seventy-five, and is buried at the Monastery of the Poor Clares in Buda (today's Budapest), a religious institution she had established many years before.

Elizabeth of Poland's granddaughter, Jadwiga, succeeded her father as ruler of Poland. And her granddaughter Mary became queen of Hungary.

To look a bit further, you may want to check out Laura York's brief entry on Elizabeth of Poland in Women in World History: A Biographical Encyclopedia (click here).

Email ThisBlogThis!Share to TwitterShare to FacebookShare to Pinterest
Labels: Elizabeth of Bosnia, Jadwiga of Poland, Joanna I of Naples, Mary of Hungary, queens, regents, women and political power, women and politics 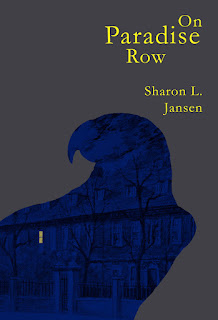