You have reached the cached page for https://www.sapeople.com/2020/09/15/state-security-probes-assassination-plot-of-us-ambassador-lana-marks/
Below is a snapshot of the Web page as it appeared on 10/25/2020 (the last time our crawler visited it). This is the version of the page that was used for ranking your search results. The page may have changed since we last cached it. To see what might have changed (without the highlights), go to the current page.
You searched for: +Elizabeth of Poland, Queen of Hungary We have highlighted matching words that appear in the page below.
Bing is not responsible for the content of this page.
State Security Probes Assassination Plot of US Ambassador Lana Marks - SAPeople - Your Worldwide South African Community
Sign in
Sign in
Welcome!Log into your account
Forgot your password?
Password recovery
Recover your password
Sunday, October 25, 2020
Sign in
Welcome! Log into your account
Forgot your password? Get help
Password recovery
Recover your password
A password will be e-mailed to you.

The State Security Agency says it has noted reports about an alleged plot to assassinate the United States (US) Ambassador to South Africa, Ambassador Lana Marks.

“The agency has noted the rising public interest on the matter and would like to assure all South African citizens and interested parties that the matter is receiving the necessary attention,” the State Security Agency said on Monday.

The agency is interacting with all relevant partners, both in South Africa and abroad, to ensure that no harm will befall the US Ambassador, including any other diplomatic officials inside the borders of the country.

State Security Minister Ayanda Dlodlo said South Africa has a duty to protect maximally all diplomatic officials who are on State duty in the country.

“It should be noted that the nature of the allegation and attendant threat doesn’t permit us to give any detailed updates on the investigations.

“Reports thereon shall be provided to all the relevant authorities, including the President of the Republic, the Minister of International Relations and Cooperation and relevant officials in the United States administration,” the agency said.

Who is Lana Marks?

Lana Marks is a South African expat who was appointed to the position of US Ambassador in SA by President Donald Trump in September 2019. Marks was born in South Africa and speaks English, Afrikaans and Xhosa, according to the White House. She was a successful entrepreneur in the USA as a handbag designer whose $20,000 luxury exotic leather bags have been popular with celebrities from Oprah Winfrey to Madonna.

Marks was born in East London and attended Clarendon High School and the University of the Witwatersrand, before gaining American citizenship and settling in Palm Beach, Florida. She has always mixed in high circles – the idea for her handbag brand came when she and her husband were invited to a birthday celebration for Queen Elizabeth II aboard the royal yacht Britannia. She is also a keen sportswoman and played tennis at the French Open. 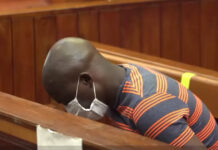 12 Things You May Want to Know About Miss South Africa...

Corrupt Official in Free State Goes Free if She Pays Back...

Whistleblowers in South Africa Treated like Pariahs Despite Their Moral Courage

Calls for Justice for Murder of Environmental Activist Fikile Ntshangase