World premiere of the artificial intelligence opera in the Semperoper on 3 September featuring a (live) computer-generated vocal part as well as AI contributions to the score and libretto.

After a break of almost two and a half years, Peter Eötvös’s musical-theatre piece »Der goldene Drache« can be enjoyed again in Dresden from 22 June 2022.

»Der goldene Drache« and »Carmen« in June/July and an Advent Concert with the Staatskapelle in November 2022.

The sound of culture! – The Semperoper Dresden announces its 2022/23 season with an opulent programme of new productions, repertoire pieces and special events. 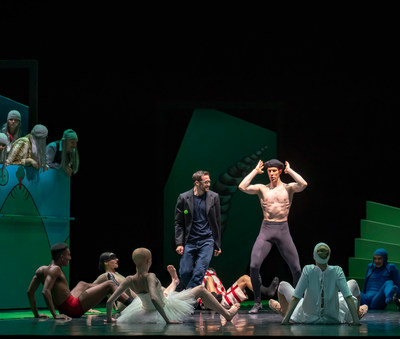 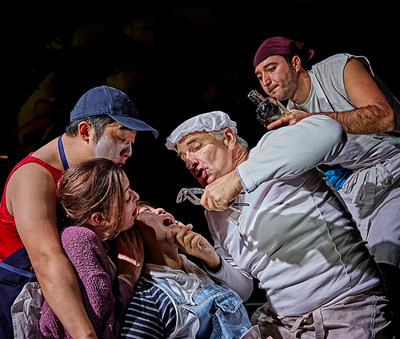 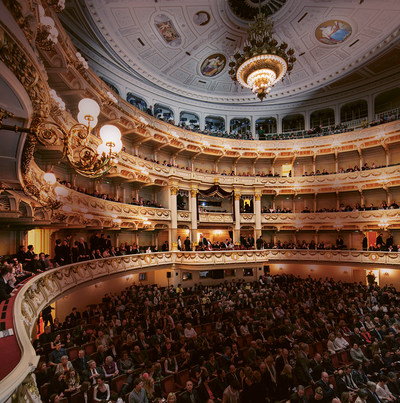 Symposium: »Satire, the Grotesque and Avant-garde«

Symposium on Dmitri Shostakovich’s »The Nose« 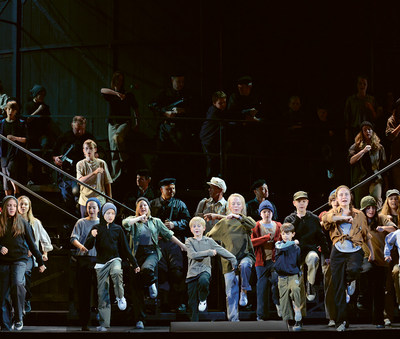 The Animals’ Conference (after Erich Kästner)

Concert with the Children’s Choir of the Semperoper Dresden 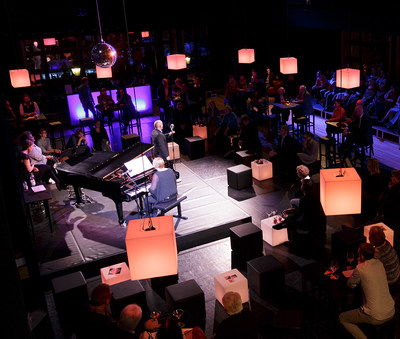 »Der Rosenkavalier«, »Arabella« and »Ariadne auf Naxos«, concerts and supporting events–all performances as part of the »Richard Strauss Days at the Semperoper« as well as information on tickets and prices:

Artistic concept for the premiere posters 2022/23: The premiere motifs for the upcoming season are by Rosemarie Trockel, an extraordinary artist of worldwide renown.

You have the choice for one season: Book attractive performances in a package and receive many great price reductions!

Your personal seat at the Semperoper: Experience top-class opera, ballet and concert performances!

At the Semperoper, we recently celebrated the hugely successful premiere of Giuseppe Verdi’s »Aida«. This production transported us back to the world of ancient Egypt through the large choral scenes, fantastic sets and of course the combined efforts of Christian Thielemann, Katharina Thalbach and a vocal ensemble led by Krassimira Stoyanova, Oksana Volkova and Francesco Meli. So: grand opera as usual? Sadly not. The cries of »Guerra!« from the bellicose Egyptians, the suffering of the defeated and Amneris’s final plea for »Pace, pace, pace …« felt all too relevant and urgent in view of the brutal war being conducted in Ukraine.

Only a few days later, the bombardment of Mariupol’s theatre – a place of refuge for hundreds of people in the besieged city – became a tragic symbol of all that is at stake: an illegal war waged before our very eyes against a people and their culture as well as our liberal system and the rule of law.

As a cultural institution deeply committed to the values of dialogue, solidarity with all people, tolerance and peace, we are trying to help alleviate the suffering through activities such as collecting donations for arche noVa e.V., organizing other fundraising events and even welcoming dancers from the Ukraine into our company. We would like to thank all donors, our numerous employees (who are also privately helping the relief effort), the Semperoper Foundation, our Education Department and, above all, our colleagues from Semperoper Ballett under the directorship of Aaron S. Watkin.

And if daily political events may now and again threaten to overwhelm us, the value of the arts and the notion of theatre as a place of refuge and peaceful encounter is anything but obsolete, even in these troubled times. As expressed in Friedrich Schiller’s »The Theatre Considered as a Moral Institution« from 1784, the significance of our aesthetic work lies not in entertainment and amusement, but in the impact that the vicarious experience and exploration of human existence can have on our lives. In this spirit, we look forward to your support and future visits.

The history of opera in Dresden goes back to the opening of the city’s first opera house in 1667.