Dorothea's Eyes: Dorothea Lange Photographs the Truth and millions of other books are available for Amazon Kindle. Learn more

Track your books
Bring your club to Amazon Book Clubs, start a new book club and invite your friends to join, or find a club that’s right for you for free.
Explore Amazon Book Clubs
Got a mobile device?
You’ve got a Kindle.

Read instantly on your browser with Kindle Cloud Reader.

Using your mobile phone camera - scan the code below and download the Kindle app.

By pressing "Send link," you agree to Amazon's Conditions of Use.

You consent to receive an automated text message from or on behalf of Amazon about the Kindle App at your mobile number above. Consent is not a condition of any purchase. Message & data rates may apply.

Flip to back Flip to front
Listen Playing... Paused   You're listening to a sample of the Audible audio edition.
Learn more 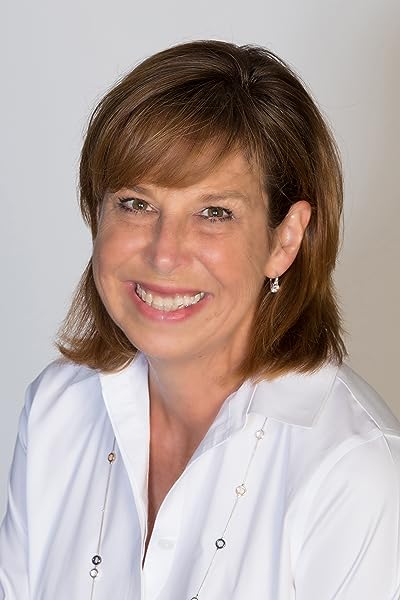 by Barb Rosenstock (Author), Gerard Dubois (Illustrator)
4.6 out of 5 stars 29 ratings
See all formats and editions
Sorry, there was a problem loading this page. Try again.

Here is the powerful and inspiring biography of Dorothea Lange, one of the founders of documentary photography.

After a childhood bout of polio left her with a limp, all Dorothea Lange wanted to do was disappear. But her desire not to be seen helped her learn how to blend into the background and observe. With a passion for the artistic life, and in spite of her family's disapproval, Lange pursued her dream to become a photographer and focused her lens on the previously unseen victims of the Great Depression. This poetic biography tells the emotional story of Lange's life and includes a gallery of her photographs, an author's note, a timeline, and a bibliography.
Read more
Previous page
Next page

"This biography of celebrated photographer Dorothea Lange (best known for the iconic Migrant Mother) has a clear, consistent message... Lange's photographs are unique because they depict 'people the world ignores' with both truth and love, allowing viewers to see the world with their eyes and hearts...DuBois employs a muted palette, and the striking illustrations have a faded look that complements the setting and mood....A solid introduction to one of America's most celebrated photographers." —School Library Journal

"Rosenstock lyrically describes photographer Dorothea Lange's creative development from a polio-stricken child from Hoboken to the photographer behind some of the nation's most iconic images." —Publishers Weekly

"An oversize portrait of those titular grey-green eyes introduce Dorothea's special talent at seeing details in objects and faces that others might miss....Softly outlined pastel images create spacious and simple vivid pictures..." —Booklist

Gerard DuBois is the illustrator of Monsieur Marceau: Actor without Words, the 2013 NCTE Orbis Pictus winner. He lives in Montreal, Canada, with his family. Visit gdubois.com.

Start reading Dorothea's Eyes: Dorothea Lange Photographs the Truth on your Kindle in under a minute.

Follow authors to get new release updates, plus improved recommendations.

Barb Rosenstock writes about history’s heroes for today’s kids. She’s the author of seventeen award-winning picture books including the 2015 Caldecott Honor title, THE NOISY PAINT BOX, illustrated by Mary Grandpr&eacute;, the first in series of picture books about famous artists. THE SECRET KINGDOM and OTIS AND WILL DISCOVER THE DEEP were recently honored by the NCTE Orbis Pictus committee and THROUGH THE WINDOW received a Sydney Taylor honor. Barb loves to visit schools and share ideas about reading and writing with students. She lives with her family near Chicago.

4.6 out of 5 stars
4.6 out of 5
29 global ratings
How are ratings calculated?
To calculate the overall star rating and percentage breakdown by star, we don’t use a simple average. Instead, our system considers things like how recent a review is and if the reviewer bought the item on Amazon. It also analyzes reviews to verify trustworthiness.
Top reviews

Julia Wasson
5.0 out of 5 stars The art of compassion
Reviewed in the United States on July 24, 2016
Verified Purchase
An interesting choice of subject for a picture book biography. Barb Rosenstock's text provides a window into challenging issues - disability, loneliness, hardship - while showing young readers how Dorothea's own sufferings might have taught her the compassion and persistence she needed to communicate with her subjects: "Dorothea's eyes help us see with our hearts." Selection of images at the back are both a historical record and a document of the rapport Lange achieved with migrant workers, an ex-slave, men on a bread line. Meticulously researched, with a timeline and extended bibliography for readers who might want to learn more. Relevant to social issues of today and the heartbreaking situations that children are asked to live and to witness.
Read more
3 people found this helpful
Helpful
Report abuse

Carol Baldwin
5.0 out of 5 stars Dorothea's Eyes
Reviewed in the United States on June 9, 2021
Dorothea Lange's grey-green eyes look at the world around her and sees "dimpled shadows scattering an orange peel. Swirled-pattern pricks in a walnut sewing table. Repeating rectangles of New Jersey row homes."

After her parents split up, her mother finds a job in a city library and Dorothea attends a school full of poor immigrants. She is Different and Lonely.

But, she is also Watchful. Curious. So, after school she,
spies into crowded tenements where fathers, home from peddling, read newspapers, and mothers wash dishes, clothes, and babies in rusty sinks--happy and sad mixed together.
Dorothea pretends she's invisible all the time.

And all the time, Dorothea sees with her eyes and her heart.

As a teenager, she announces she is going to be a photographer. Despite her mother's resistance ("It...it isn't ladylike!") Dorothea gets work at photographer's studios and learns everything she can about cameras and darkrooms.

She loves faces, but is restless to see places too. She sets off from New Jersey to travel around the world but stays in San Fransisco after her money is stolen. She starts her own portrait studio and becomes successful. She marries and has children. But, she keeps asking herself, Am I using my eyes and my heart?

One day during the Depression she looks outside her window and sees men searching for work. She focuses on one man in particular and Dorothea's heart won't let her stop.

Dorothea leaves her comfortable life and takes her camera on the road. She scans dirt lanes, peers down back paths, and squints up broken steps. Fathers stoop in fields, working for pennies. Mothers nurse sick children, lying thirsty in makeshift tents. Whole families in jalopies--blown out by the dust storms wracking the land. Her heart knows all about people the world ignores.

Dorothea doesn't just photograph the people she meets. She understands how ashamed and invisible they feel. For five years despite a leg that always hurts, she photographs people for the world to see. "The jobless. The hungry. The homeless."

Newspapers and magazines publish these pictures. Dorothea's eyes won't let the country look away. Her photographs help convince the government to provide parents with work, children with food, and families with safe, clean homes.

Sunday C
4.0 out of 5 stars Read and then engage in close reading and discussion as part of an integrated unit of study
Reviewed in the United States on July 29, 2016
This is a complex text for savvy picture book readers—at points lyrical and abstract, at other points literal in details about Lange’s life. Rosenstock has created an intimate portrait of Lange while also creating a picture of this time period. There’s a lot happening in the book that would be better understood with some background knowledge about the Depression—perhaps as part of an integrated unit of study.. That said – it’s a powerfully told story with strong themes—disability, invisibility, loneliness, curiosity, knowing with your eyes and/or your heart. This would make for good reading and rereading and thorough discussion with intermediate grade students. The book ends with photos we all know Lange for including Migrant Mother. There’s a great author’s note about Lange at the end of the book with a timeline. I totally agree with the audience age recommended – 2nd through 7th grade. Rosenstock has written several picture book biographies that are worthy of our students’ time.
Read more
4 people found this helpful
Helpful
Report abuse

Becky B.Top Contributor: Graphic Novels
4.0 out of 5 stars Biographical picture book of an overcomer who used her "small" talent to help others
Reviewed in the United States on October 28, 2017
A picture book biography of photographer Dorothea Lange, who overcame disabilities suffered because of polio, defied convention by becoming a photographer even though she was a woman, and stepped outside the studio to photograph the lonely and forgotten.

Another great picture book biography about someone who overcame their own difficulties, and used a "small" skill to help make other lives better. I recognized several of her photographs, but didn't know about the woman behind them or the impact she had during the Great Depression and beyond.
Read more
3 people found this helpful
Helpful
Report abuse

rampartrange@cs.com
5.0 out of 5 stars Beautiful. Poetic
Reviewed in the United States on September 15, 2016
Beautiful. Poetic. Compassionate. Depth. We see it with our eyes and our hearts. Easily one of the best picture books I've ever encountered.
Read more
2 people found this helpful
Helpful
Report abuse

Nikki
5.0 out of 5 stars ❤️
Reviewed in the United Kingdom on November 13, 2018
Verified Purchase
Beautiful story
Read more
Report abuse
See all reviews
Back to top
Get to Know Us
Make Money with Us
Amazon Payment Products
Let Us Help You
EnglishChoose a language for shopping. United StatesChoose a country/region for shopping.
© 1996-2021, Amazon.com, Inc. or its affiliates