Getty Dean Martin sings at the Variety Club luncheon in his honor at the Hilton Hotel in London.

Dean Martin was a beloved actor, singer, and comedian, best known for his songs  “Volare,” Everybody Loves Somebody,” and “That’s Amore” as well as his self-titled 1960s TV variety show. Martin also spearheaded the celebrity roast format with a series of “Dean Martin Celebrity Roast” specials and was a prominent member in the iconic celebrity club, The Rat Pack, which also included pals Frank Sinatra, Sammy Davis Jr., and more,  per IMDB.

Martin often appeared onstage with a drink and a cigarette in his hand. While he appeared to be downing whiskey and regularly spoke with a  slur, his daughter, Deana Martin, once told the Los Angeles Times that “drunk” Dino was just a  gimmick dreamed up by a group of writers when he started his music and comedy act at the Sands Hotel on the Las Vegas strip years earlier.

“Dad was so handsome, so debonair,” she told the Times. “They just thought, ‘We’ll put a drink in his hand and a cigarette.’ Every man wanted to be him, and every woman wanted to be with him.”

Martin’s daughter added that it was actual apple juice in her father’s whiskey glass, although he did like to drink-–at home with his wife.

“He would be home for dinner every night,” she said. “He would come home, and he and mom would have their one cocktail at the bar. He was kind. He was so different from what everybody thought he was. There was no one who could do Dean Martin better than Dean Martin.” 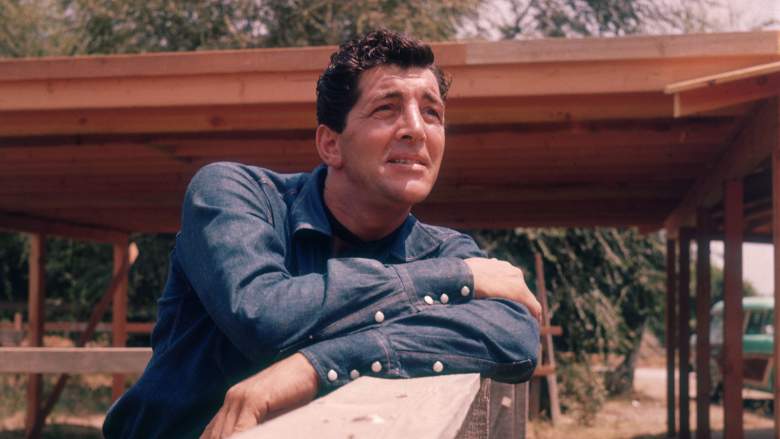 Martin’s life came to an end on December 25, 1995, two years after he was diagnosed with lung cancer and emphysema, per the Hartford Courant. According to a New York Times obituary, the entertainment legend died at his home in Beverly Hills, California of acute respiratory failure. Martin was 78 years old at the time of his death.

Martin had also suffered ongoing kidney problems in the years before his passing,  per the Los Angeles Times, and had stopped touring a few years before his death due to his health issues. He continued headlining his Vegas act before retiring from public life completely in 1995. 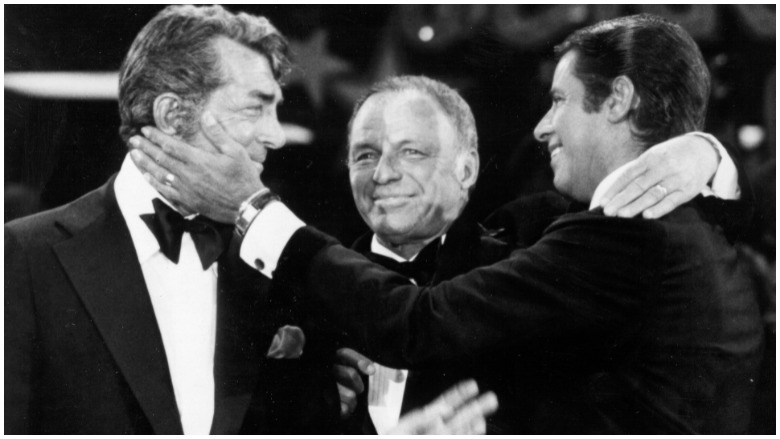 Martin’s death resulted in an outpouring of reactions from fans and celebrity friends. Martin’s Rat Pack sidekick Frank Sinatra issued a poignant statement after learning of his longtime friend’s death.

“Dean was my brother — not through blood, but through choice,” Sinatra said in 1995, per the Washington Post.  “Good times and bad, we were there for each other. Our friendship has traveled down many roads over the years and there will always be a special place in my heart and soul for Dean.”

Martin’s longtime collaborator Jerry Lewis was also said to be “completely shattered and grief-stricken” after learning of the singer’s death. A tearful Lewis later spoke at Martin’s funeral, which took place on December 28, 1995, at the Pierce Brothers Cemetery in Westwood, California, according to Variety. Other attendees included Cyd Charisse, Don Rickles, Shirley MacLaine, Bob Newhart, Angie Dickinson, and Barbara Sinatra. Frank Sinatra was too distraught to attend the service, the outlet noted.