Susan Symons         The House of Schwarzburg and their schlösser in Thuringia

Langenburg) and her relationship with Queen Victoria

To book your place please email Arturo on aebeeche@mac.com.

The cost in Sterling is £140 to include lectures plus tea & coffee. £80 if only attending on one day.

A Century Since the Birth of Prince Dedo of Saxony 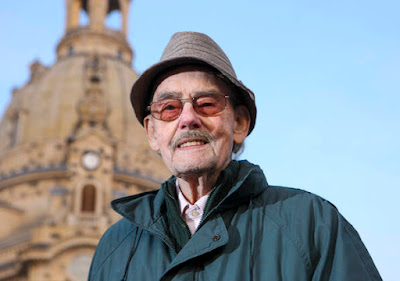 Today marks one hundred years since the birth of Prince Dedo of Saxony.

Born on 9 May 1922 at Munich, Prince Albrecht Friedrich August Johannes Gregor Dedo of Saxony was the first child and eldest son of Prince Ernst Heinrich of Saxony and Princess Sophie of Luxembourg.
Prince Ernst Heinrich, the third son of King Friedrich August III of Saxony and Archduchess Luisa of Austria-Tuscany, and Princess Sophie, the sixth and youngest daughter of Grand Duke Guillaume IV of Luxembourg and Infanta Maria Anna of Portugal, had married on 12 April 1921 at Schloß Hohenburg.
Prince Dedo of Saxony was joined by two younger brothers: Prince Timo (1923-1982) and Prince Gero (1925-2003). The three brothers lost their mother in 1941, when Princess Sophie died at the age of thirty-nine. Once the Nazis took power in Germany, the Saxon royal family was put under house arrest. With the advance of the Soviet Army on Berlin in early 1945, Ernst Heinrich and his sons came up with a plan to hide some of the royal family's treasures, so that these would not be pilfered by the Soviets. Prince Dedo and his youngest brother Gero spent five nights digging two pits in a forest near Moritzburg Castle; the princes then hid forty crates of the family treasure in these pits. In 1999, Prince Gero recalled the harrowing situation: "After the crates had been unloaded from the vehicle, Dedo had to return to the castle. I dragged the crates to the trench and realised that we had made it too small, which is why I had to put one of the crates upside down. I didn't like doing this but had no other choice due to shortage of time. After I'd carefully covered the trench with earth and trodden it down with my rubber boots, I then raked over the area and covered it with pine needles and leaves." Aside from the Saxon princes, only the forester who worked at Moritzburg Castle was aware of the location of the buried treasure. The Soviets arrived and forced the man to reveal the main hiding pit - a massive amount of the patrimony of the Royal Family of Saxony was taken to Russia. However, in 1996, a couple with a metal detector came across the pit with the remaining crates. The Saxon government negotiated with Prince Dedo and Prince Gero and eventually agreed to return the objets d'art to the princes. "It can only be described as divine providence that this family treasure has returned to our family after so many years," the brothers said in a statement. 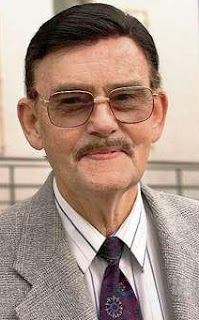 For many decades, Prince Dedo lived in Canada, as did his younger brother Prince Gero, who passed away in Ontario in 2003. Their other brother, Prince Timo, had died in 1982. Prince Dedo died on 6 December 2006 at Radebeul, Germany. He was eighty-seven years-old. Dedo outlived both of his younger brothers. Prince Dedo of Saxony was buried at Sigmaringen, where his father Ernst Heinrich and his brother Gero were also buried.
Posted by Seth B. Leonard at 7:00 AM No comments: 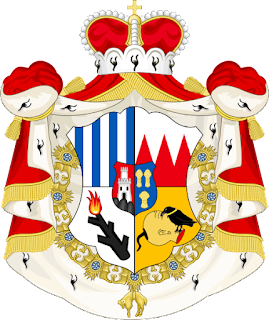 Born on 8 April 1933 at Vienna, Prince Karl Erkinger Thaddäus zu Schwarzenberg was the first child and only son of Prince Johann zu Schwarzenberg (1903-1978) and Vicomtesse Kathleen de Spoelberch (1905-1978), who wed in 1931. Erkinger was joined by a younger sister, Princess Colienne (b.1937; married Count Maximilian Joseph von Meran). Erkinger's parents, Prince Johann and Princess Kathleen, were both killed in a motor vehicle accident on 26 May 1978 at Cittá della Pieve.

In 1946, Prince Johann and Princess Kathleen purchased a fifteenth-century villa in the countryside of San Casciano. Their son Erkinger was entranced by the villa and returned to live there permanently in 1978. 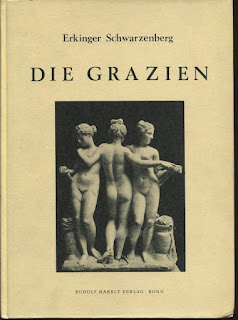 Fluent in six languages, the prince was keenly interested in archeology and the history of art. He was also a passionate farmer. In 1966, Erkinger's book Die Grazien was published. In 1969, the prince contributed an article entitled "From the Alessandro Morente to the Alexandre Richelieu. The Portraiture of Alexander the Great in Seventeenth-Century Italy and France." which was published in the Journal of the Warburg and Courtauld Institutes.

Erkinger Schwarzenberg is survived by his wife, his five children, and his twenty grandchildren.

May the Prince Rest in Peace.

The Life of Princess Elsa of Liechtenstein

If you would like to learn more about Elsa, please enjoy reading the most informative academic article by Václav Horčička on the life of the princess: Elsa, the Princess von and zu Liechtenstein - A Symbol of Old and New European Elites Merging in the 20th Century


On 24 April 2022, Donata Coleman died at the age of eighty-nine years-old. She was survived by her four children and six grandchildren.

On 14 May 1960 at the Anglican Church in Vienna, Princess Donata Reuss married the Rev. Peter Everard Coleman (1928-2001). The bride, who wore "a heavy silk dress and robe of purest white with a white hat and veil," walked down the aisle on the arm of her eldest brother. Peter and Donata were wed by Dr. Eric S. Abbott, the Dean of Westminster. The couple's January engagement was a charming news item in many papers; Reverend Coleman was not aware of his wife's ancestry at the time he proposed. It was only days later that a friend informed him that Donata was a princess. Donata remarked: "I always said I'd marry for love and not for position. By marrying Peter I lose my title. But what do titles matter these days?" Peter Coleman was educated at the Haileybury and Imperial Service College and King's College London; he served as a chaplain at the latter until 1966. Coleman was the vicar of St Paul's Clifton; he then went on to become the Director of Ordinands in the Diocese of Bristol and finally Archdeacon of Worcester. In retirement, Coleman was the Assistant Bishop of the Diocese of Bath and Wells. The couple had two daughters and two sons: Antonia (b.1961; married 1st Warren Nash; married 2nd Matthew Tregenza), Basil (b.1963; married Stephanie Pleister), Benedict (b.1965; married Jane Fielding), and Elena (b.1969; married Nathan Chubb).

May the Princess Rest in Peace.

The 60th Birthday of Prince Christoph of Bavaria

The prince married Countess Gudila von Plettenberg-Lenhausen (b.1962) in a civil ceremony at Munich on 18 August 1994 and in a religious wedding at Lenhausen on 20 August. Prince Christoph and Princess Gudila have three sons and one daughter: Prince Corbinian (b.1996), Prince Stanislaus (b.1997), Prince Marcello (b.1998) and Princess Odilia (b.2002).
Prince Christoph of Bavaria is a certified farmer and forest warden. The prince is the Grand Prior of the Bavarian Order of Saint George as well as a Knight of the Bavarian Order of Saint Hubert.
Our best wishes to the Prince on his birthday!
Posted by Seth B. Leonard at 7:00 AM No comments:

Further Developments in Royal Serbian Renunciation: A Possible Daughter and the Support of Prince Vladimir 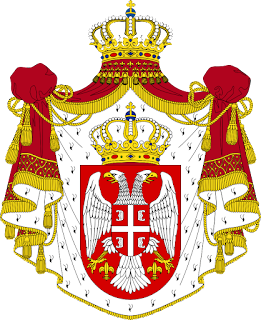 Two days after Prince Peter of Serbia's renunciation of his rights of succession to the Royal House, which took place on 27 April, were publicly announced on 28 April, the Serbian tabloid Kurir ran a story on 29 April that alleged the prince has an out-of-wedlock daughter. The tabloid paper wrote:

Officially, Petar is not married and has no children, but as Kurir has discovered, he has a daughter, who lives in London. Petar lives between London and Seville, where his mother Princess Maria de Gloria resides, and where he signed this act on the transfer of inheritance rights to his brother Philip, who himself lives in Belgrade with his wife Danica and son Stefan. 7-8 years ago, Petar had a daughter from a relationship with a woman in London. He recognised the child, sees her, and fulfills all his legal obligations in terms of alimony, states Kurir's source.

Official confirmation from the Royal Family of Serbia has not yet been given to this story.

In his renunciation, Peter of Serbia gave up not only his dynastic rights, but also those of any children he may have in the future, whether in marriage or out of wedlock.

On 1 May, Prince Vladimir of Serbia, the eldest son of Prince Andrej of Yugoslavia and his second wife Princess Kira zu Leiningen, issued a statement supporting the decision of his first cousin-once-removed:

We, the members of the Kraljevic Andrej branch of the Karadjordjevic family, fully and wholeheartedly support the decision taken by the eldest son of Prince Alexander, HRH Prince Petar, to officially and legally revoke and renounce his collective God given rights of primogeniture and, in so doing, hand his rights of succession and ascendancy to any future throne to his brother, HRH Prince Filip.

As we thank His Holiness Patriarch Porfirije for his blessing of this solemn occasion, we also congratulate all members of the King Petar II branch and very much look forward to working together with Prince Filip for the betterment of the Serbian nation and her peoples under the banner of Karadjordjevic family.

Source: Announcement on the decision of HRH Prince Peter to transfer the right of inheritance to HRH Prince Philip
Posted by Seth B. Leonard at 7:53 PM No comments:

If you enjoy learning more about the fascinating histories of the royal families of Europe, then please consider joining Eurohistory's Facebook Group. You have to request to join, as it is a closed group, but all members are most welcome! Please visit this link: ERHJ - The European Royal History Journal.