TINA BROWN: 'When I walk through the door, I still expect Harry to be there’

She was the revered editor more feared than Anna Wintour – but for TINA BROWN, family always came first. She talks to Christa D’Souza about readjusting to life without Harry, her husband of 40 years, by her side 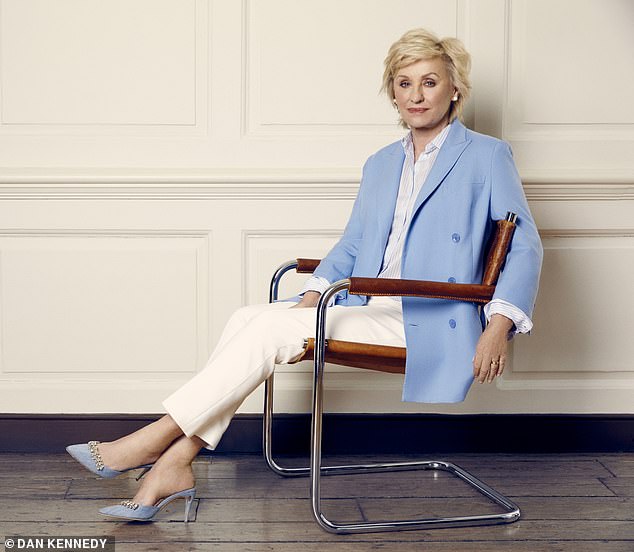 Soho doesn’t seem quite the right place to be meeting Lady Evans, CBE, aka Tina Brown. Claridge’s or The Dorchester feel more her style. And yet here we are in Soho Works, a communal workspace attached to Dean Street Townhouse, the hotel she’s staying at while in London.

Clearly none of the millennials milling around knows who she is as she bundles into the lobby. And why should they? Brown may have been a household name in the 1980s and early 90s when she held a blistering sway over New York and Hollywood as editor of Vanity Fair and then The New Yorker, but those days are gone. She herself admits she hasn’t picked up a magazine in ten years and reads all her news online. That said, as someone who gave me my first big break in journalism when she hired me for Vanity Fair in 1988, there’s a part of me that wants to give them all a sharp prod between the shoulder blades. If they don’t know who she is, they should.

The last time Brown, 68, and I saw each other in London was when she had just launched Talk, the short-lived magazine she founded with the now imprisoned Harvey Weinstein. And much has happened in these intervening 20 or so years: her brief editorship at Newsweek, the founding of her digital news portal The Daily Beast, her live lecture platform Women in The World and the podcast TBD with Tina Brown.

Then, of course, there’s her latest book, The Palace Papers, her second about the royals and at nearly 600 pages, probably her heaviest yet. Though light on scoops, it’s a rollicking good read, littered with brilliant Tina-isms. Prince Andrew is a ‘coroneted sleaze machine’; Meghan is ‘Number 6 on the call sheet’; the Sussexes’ hasty departure is likened to the fall of Afghanistan, and so on. The Queen she clearly loves. She’s obviously a big fan of Charles and Camilla, too. 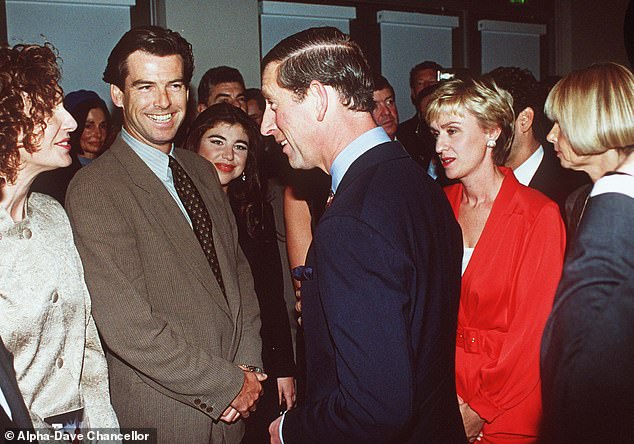 ‘Camilla wrote me the most wonderful handwritten letter when Harry [Tina’s late husband] died. I was so touched. Her mother, Rosalind Shand, worshipped Harry because he campaigned for Thalidomide victims when he edited The Sunday Times. Her mother used to volunteer for Thalidomide children, inviting them over to swim in the pool, and some of her mentees came to Camilla’s wedding.’

Harry was her beloved husband and the father of her two children Izzy and George – the legendary newspaper editor Sir Harold Evans. He died last September at the age of 92 and she still misses him dreadfully; so much so she hasn’t yet brought herself to clear his study or his wardrobe at their apartment on New York’s Upper East Side. ‘Every time I walk through the door, I can’t help expecting to be greeted by him. He was always so pleased to see me whenever I’d been out or gone away. We both partook in these crazy worlds, but it was just such fun coming home and dissecting it all with him afterwards. It was agony after I lost him. Still is, in fact.’

The one consolation is Gimli, the English bulldog the children adopted after Harry’s death and whom Brown now ‘co-parents’ with Izzy. ‘Darling Gimli,’ she murmurs, her steely blue eyes temporarily misting at the thought of her, ‘She turned out to be such a life enhancer. A complete saviour. And there’s me thinking I preferred cats.’ 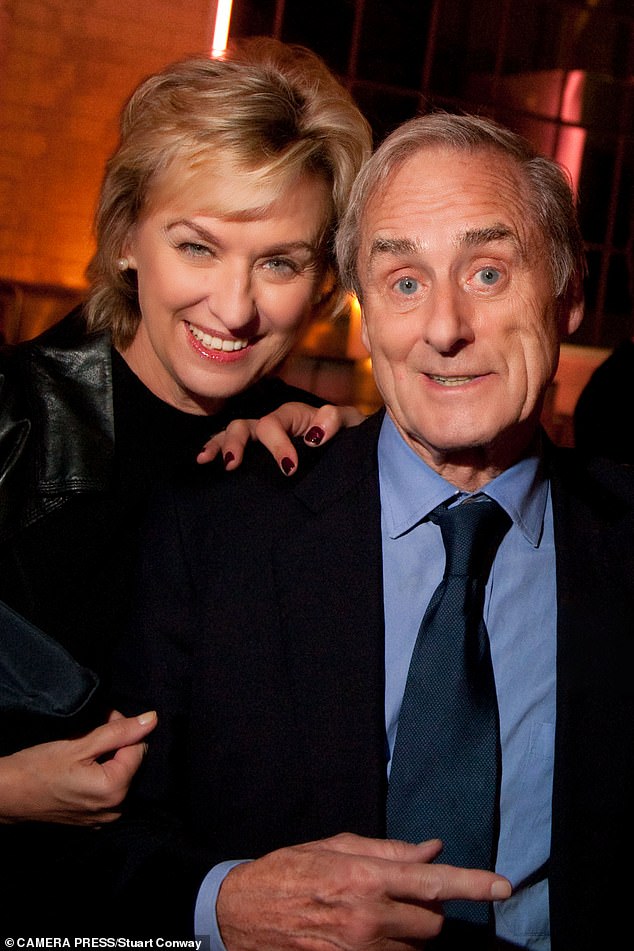 Swathed upon arrival in a fashionably oversized coat the colour of toffee, Brown is wearing head-to-toe black with a string of trademark pearls at her throat. It’s hard to pinpoint exactly how her new status as a widow has changed her but it has. Diminished is not the right word, but she seems more fragile, less gunslinging.

Black becomes her more than those primary-coloured power suits she used to wear well into the Noughties, and though she still has that frosted helmet hairdo, it looks softer on her now. Her skin is luminous and glowing, and for a woman of nearly 70, almost spookily lacking in lines. Well? Has she had anything done? ‘Hah, I’ve never actually smoked or drunk, so perhaps it’s that,’ she says, her eyes silently barking ‘NEXT!’

For the benefit of our younger readers, here is a quick CV. The daughter of film producer George Hambley Brown and his bohemian wife Bettina, Tina and her brother Christopher were brought up in idyllic bliss in Little Marlow, exposed early to showbiz and culture in equal measure as they handed out olives to the likes of Benny Hill and Dame Rebecca West at their parents’ endless cocktail parties.

It was not long after graduating from Oxford that Brown, at 25, first made her name as the preposterously young editor of the society magazine Tatler. Vanity Fair, though, which she joined in 1983, was her golden period, all of which she brilliantly chronicled in The Vanity Fair Diaries. (The screen rights were bought by Big Little Lies producer Bruna Papandrea in 2017.) Listening to it on Audible, Brown’s urgent transatlantic drawl brings those days as a lowly assistant editor all tumbling back to me. The ridiculous expense allowances, the sound of crying in the loos, the vicious backbiting that went on among all the senior editors jostling for ‘TB’s’ favour. Anna Wintour, who worked one floor down at Vogue, was supposed to be tough to work for, but Tina was always considered in a different league. 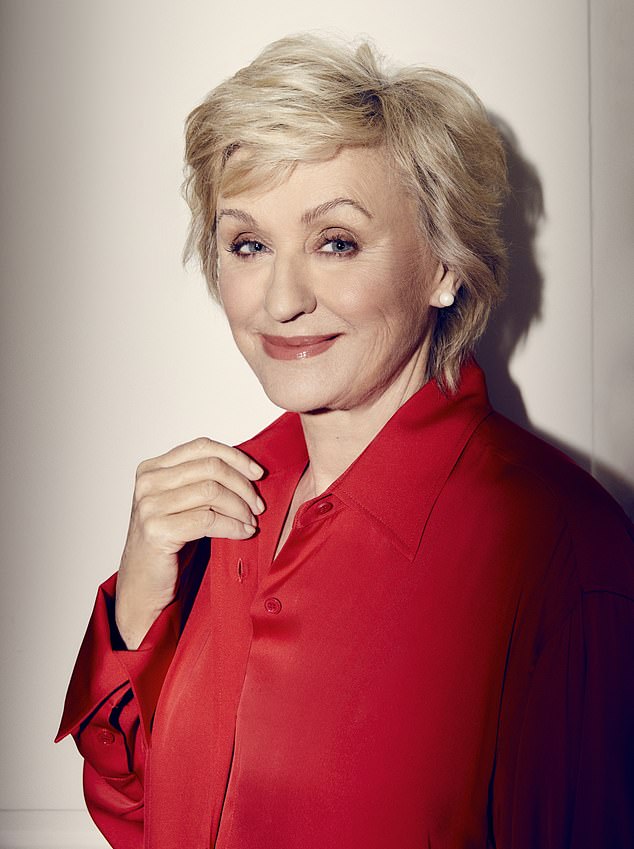 One memory that also sticks was how she always left the office at 4pm no matter what, in order to be home for her son George, who has Asperger’s and is now 36. She writes movingly in The VF Diaries how she agonised over his slow motor skills, obsessive habits; how, despite his extraordinary vocabulary, he wasn’t reaching the same stages as other children were. And, most poignantly, how guilty she felt for him being born premature. I remind her of the wonderful scene in The VF Diaries where she introduced him to Anna Wintour and he innocently asked her whether she was Camilla Parker Bowles. ‘Yeah, that was a moment,’ chuckles Brown. ‘No invitation to the Met Gala for him.

‘Georgie had a very challenging time when Harry died,’ she goes on quietly. ‘And it was made harder because all of the structures he so depended on had collapsed due to Covid. He hated Zoom, for example.

‘Luckily he’s much better,’ she says, tapping the coffee table between us. ‘He’s got a job, he drives a car and he lives on Cape Cod where he went to school, with a wonderful couple next door to help. But needing to get him better after Harry died consumed a huge amount of my psychic energy.’

Netflix or night out?

Burger or fish and chips?

Family ties, perhaps because of George’s difficulties but also because of her own happy childhood, have always been important to Tina. She moved her parents to New York while editing The New Yorker so they could be there for the kids. Now she is a widow, she is even closer to the children than before, referring to her daughter Izzy, 31, a Harvard graduate and talented documentary maker, as her ‘bestie’, just as she had always been ‘besties’ with her own mother Bettina. They speak at least every day on the telephone and she admits to being relieved that for the moment Izzy is not looking to get married. ‘If she decides to go and live in Utah one day, well, I’ll probably wind up following her and trying to get the granny flat – unless her husband hates me.’

And what about herself? Could she fall in love again? Get married for a second time?

‘I’m certainly not in that place right now,’ she says briskly. ‘And, honestly, it feels wildly unlikely. I have friends who’ve been widowed or got divorced who want that immediately but I’m just not pining for it. I had it so good for so long, I’m happy to be by myself. It’s all about keeping the family unit together and being there for Georgie.’

Meanwhile, she hasn’t completely discounted the idea of moving back to London or maybe even Santa Monica in Los Angeles county, where she decamped with the children for four months after Harry died. ‘I could imagine being perfectly happy there; it was extremely pleasant having sun in the winter and being able to go hiking, but I would want to keep an apartment in New York because I’m such a news junkie and without a base there I’d feel detached from the news culture I’ve always been so connected to.’

It is difficult to pin her down on exactly what she wants to do next – possibly a foray into documentary films where she thinks a ‘lot of the good journalism has migrated’. But as she continues to find her balance after Harry’s death, she refuses to make any concrete plans.

‘Clearly I have to reinvent how to be. Because of lockdown, because of my book, because of my grieving, I’ve been in my bubble. I need that act of interest that will so consume me I don’t feel lonely, but I also need to be grounded. The Ukrainian tragedy really pulls at my European heartstrings. Profound events like that ask you who you are and where you want to be – it was after 9/11 that I became an American citizen, for example, because of the way it so personally hit home. In the same way Ukraine has pulled me back into Europe, so I think I will spend this year deciding where exactly my calibrations are moving.’

I see her the following night at The Palace Papers book launch, an old-school media bunfight with much champagne and reminiscing. Tina is in her element in an elegantly sparkly black sheath, with Emily Maitlis, Kathy Lette, Peter York et al lining up to pay their respects. She is the ultimate survivor, but I can’t help thinking of her going back to her hotel room in Soho afterwards alone. I imagine her ordering up a plate of school-style mince and peas (which we both agree they do to perfection at the restaurant below), flicking through her Twitter feed (97.4k followers) and wishing she could call Harry to share her day.

TINA BROWN: 'When I walk through the door, I still expect Harry to be there'