Mr. Benjamin A. Underwood, 83, of Louisville, returned to his Heavenly Father on Friday, April 22, 2022.
He is a member of the Church of Jesus Christ of Latter-day Saints, currently in the Shepherdsville Branch. He has served in many callings and positions of responsibility throughout his lifetime of dedicated church service including Bishop, Young Men's President, High Priest group leader, high counselor, and Sunday school teacher.
He was a long standing and esteemed coach at the Lyndon Recreation. He was a pioneer in building the first middle school football league in Jefferson County. He was an important mentor and devoted coach for many through basketball, softball, and football.
He also utilized his keen intellect and problem solving skills as an inventor.
Mr. Underwood was the co-founder, co-owner, and president of Schoppenhorst, Underwood and Brooks Funeral Home, which is founded on the principle of the Golden Rule. He lived and exemplified this teaching. His passion has always been to provide thoughtful, affordable and compassionate care to the families he serves.
Mr. Underwood was born in Louisville, on March 14, 1939, to the late Hallie Robinson Kruse and Ralph Ellis Underwood. He graduated from DuPont Manual High School, Murray State University, and Kentucky School of Mortuary Science.
At Murray State, he was a member of the debate team. In 1961, he placed second in individual honors in the Kentucky State Tournament featuring every college and university in the state of Kentucky. The first-place finisher was Dino Curris, later President of Murray State. Ben also was on the team that defeated Harvard. Ben was also on the international intercollegiate debate team in 1961.
He served his country in the U.S. Army at Fort Knox and Fort Jackson, South Carolina, and he was a proud member of Crescent Hill Masonic Lodge #456 F&AM.
After a significant childhood experience with his grandfather's funeral and several signs throughout his youth, he was left with an intense desire to begin his important work as a funeral director. After pursuing other jobs, he began his profession as a funeral director when he purchased Neurath Funeral Home on East Market Street.
Shortly thereafter, he acquired Schoppenhorst Bros. Eventually, he sold it and opened the location at Brooks with his mother, Hallie Kruse.
In 2013, Ben purchased the Hardy-Close Funeral Home located across from the courthouse in historic downtown Shepherdsville. After much renovation, he has turned it into a beautiful community funeral home.
Later in 2015, a long-standing dream was realized when he built a magnificent funeral home in Mount Washington with the help of his son, Zane.
Mr. Underwood was a proud funeral director and embalmer for almost fifty years and fulfilled this important calling with respect and dignity to every person he came across. He was an 'old school' funeral director full of purpose. His brilliant and intentional decisions can be seen in all of his locations.
Mr. Underwood leaves a legacy of generosity, kindness, intellect, and wisdom.
In addition to his parents, his son, Zane Loren Underwood; his wife, Sally Chism Underwood and his infant sister, Susan Underwood preceded him in death.

Published by The Pioneer News from Apr. 27 to May 2, 2022.
To plant trees in memory, please visit the Sympathy Store. 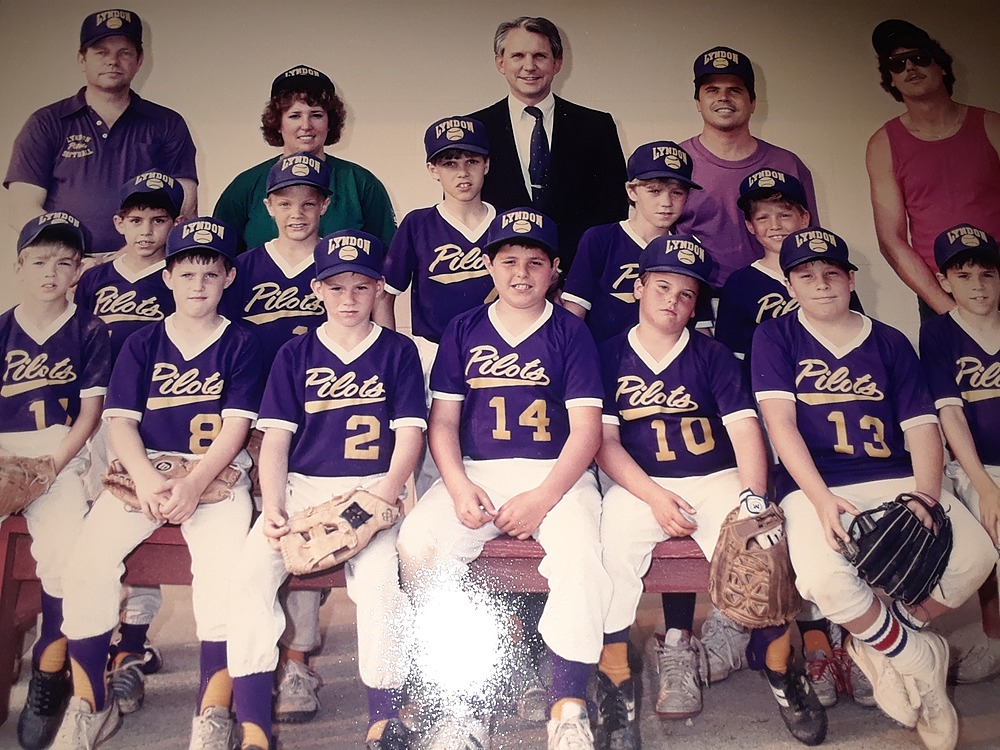 Ardery family sends our condolences to Ben's loved ones. Ben (upper left in the photo) made summers at Lyndon Recreation such a happy memory for us and others who shared in the Pilots franchise he developed, funded and managed. The pictured team won the championship in 1989. Son Beaux (#8 in the photo) was our third baseman.
Phil and Cecilia Ardery
Other
April 30, 2022
Showing 1 - 1 of 1 results