You have reached the cached page for https://catalinaofaragon.tumblr.com/post/137435538577/catherine-of-austria-1507-1578-she-was-the
Below is a snapshot of the Web page as it appeared on 6/14/2020 (the last time our crawler visited it). This is the version of the page that was used for ranking your search results. The page may have changed since we last cached it. To see what might have changed (without the highlights), go to the current page.
You searched for: +Catherine of Austria We have highlighted matching words that appear in the page below.
Bing is not responsible for the content of this page.
Catherine of Austria (1507-1578) She was the... - Remember who you are
Menu

Remember who you are 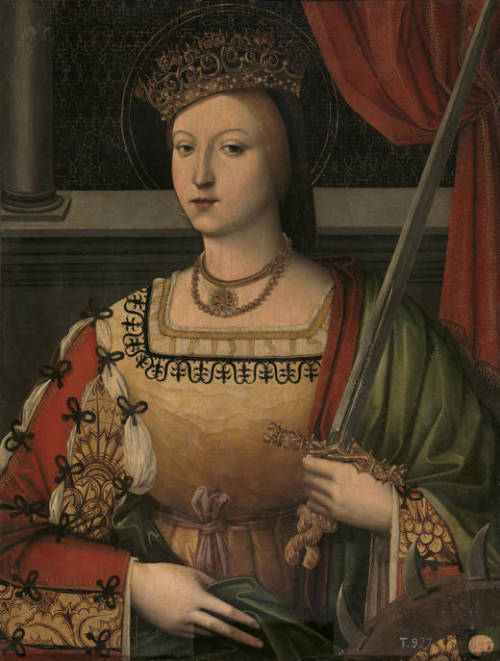 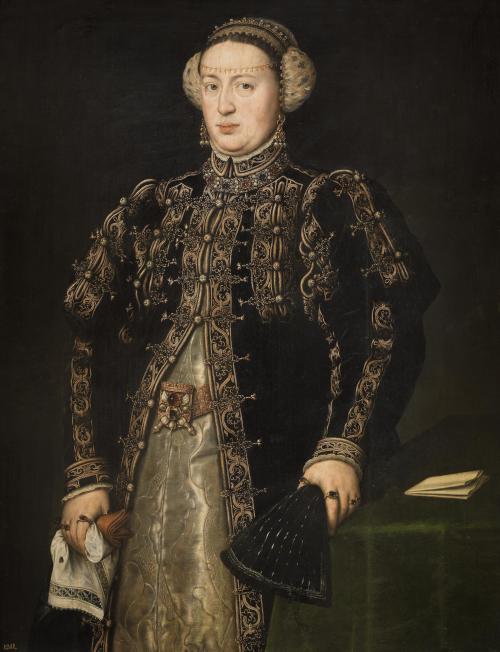 She was the last daughter of Queen Joanna I of Castile and King Philip I the Handsome. Catherine was born in Torquemada after her father’s death and named in honor of her maternal aunt, Katherine of Aragon, Queen consort of England. All of her older siblings, except Ferdinand, were born in the Low Countries and had been put into the care of their aunt Margaret of Austria, regent of the Netherlands, in Mechelen. Catherine lived an isolated childhood in Spain, also separated from her brother Ferdinand. The girl stayed with her mother in the confinement at Tordesillas during her grandfather Ferdinand of Aragon’s time as regent.

In 1517 her older sibblings, Charles V and Eleanor, arrived at Tordesillas. When they met Catherine, she dressed like a peasant and raised locked in a room to which only came through the room of her mother. Six months after, Charles made an attempt to abduct Catherine from Tordesillas and bring her to his court of Valladolid. As Queen Joanna could not bear her absence, Charles accesses to return his sister to Tordesillas after three days, in exchange for independent rooms for her and living conditions and education own of her rank.

In 1520, resistance to Habsburg influence in Spain - and to Charles - resulted in a revolt, the Comuneros attempting to bolster their defiance by freeing Queen Joanna. They proclaimed her “sane” and capable of ruling, but Joanna steadfastly refused to act against of her son. Thus at Tordesillas, once the excitement of the rebellion had died down, little changed. Catherine expressed her resentment of household members Charles had installed to attend her and her mother, regarding them as spies and protesting their harsh treatment.

Some years later, in 1525, Catherine left her mother in order to marry his Portuguese cousin John III and become one queen. An anonymous writer observed “no future queen of Portugal had been so richly dowered”. Catherine arrived in Lisbon equipped with Flemish tapestries, illuminated manuscripts, Netherlandish paintings, heirloom jewels and a lavish wardrobe. At Tordesillas, Catherine learned to be a capable musician and an excellent dancer. She was fluent in Latin and could read Greek, and at the Lisbon court cultivated an appreciation for classical and humanistic learning.

Catherine matured into an astute queen, stateswoman and politician in her own right: qualities recognized early on by her husband, who granted her his complete trust and enormous authority. Ambassadors noted in their diplomatic reports that she was respected and well-informed about all matters. Indeed, the privy council met in her apartments and, as one observer noted, “nothing was done without her highness."

She was also philanthropist and major art collector. Until she began  remodeling and transforming the main chapel of the Jerónimos monastery in Bélem into a family pantheon, Catherine’s religious patronage can be best defined as gifting convents and religious institutions with endowments and donations, preferring to leave architectural concerns in the hands of John III. As mother, Queen Catherine suffered the deaths of her nine children.

When her beloved husband died in 1557, Queen Catherine assumed the Regency of Portugal and the custody and education of the new king, her grandson Sebastian, a three-year-old boy. Even though she revered her brother Charles V, and promoted a personal cult of the emperor at the Lisbon court, Catherine would never sacrifice the interests of the Portuguese throne for his political schemes. She was totally opposed to the idea of ​​the peninsular union planned by Charles V and defended her grandson Sebastian’s rights. In 1562, Catherine turned over the regency to her brother-in-law, Cardinal Henry, with whom she had political differences.

The young King Sebastian had since early childhood adamantly refused to follow her sound advice and heeded her counsel even less after he assumed the Portuguese crown in 1568. Catherine’s insistence that he marry and produce an heir for the throne brought their already fragile relationship to a grinding halt. Catherine had tried in vain to secure a marriage worthy of Sebastian’s rank, seeking alliances with the Valois court in France, the  Habsburg courts in Spain and Austria, and the ducal court in Bavaria.

By 1570 the elderly queen felt emotionally and physically overwhelmed, unable to further confront Sebastian’s non compliance and insubordination and the multiple court factions allied with him and his uncle the Infante Cardinal Henry. The queen decided it would be best for court and country for her to leave, and she initiated complex negotiations with the Spanish Habsburg court to verify her rents, properties and wealth both in Portugal and in Spain, so that she could finance her existence in her future convent. However, her plans to depart to Spain were thwarted by her subjects, who refused to allow their beloved queen to go.

Catherine retired to the summer palace of Xabregas, situated in quarters near the premises of the Madre de Deus Convent, to which she had direct access via an interior door that linked her apartments with the Madre de Deus church and the chapel of the Passion of Christ. Catherine’s determination to lead a vita contemplativa completely removed from court politics and intrigues is reminiscent of other close Habsburg family members who sought seclusion and refuge within the precincts of a religious foundation.

Catherine of Austria died in Lisbon at the age of 71. She has no descendants today, as both her grandchildren died childless. Her line of descent became extinct within six months of her death, as the only descendant of hers that survived her, King Sebastian of Portugal, died in August 1578, in the Battle of Alcácer Quibir.

Women in the Lusophone World in the Middle Ages and the Early Modern Period: Portuguese Studies Review, Vol. 13, Nos. 1 and 2 by Darlene Abreu-Ferreira and Ivana Elbl

Indy Theme by Safe As Milk