You have reached the cached page for https://www.mediaite.com/news/rudy-giulianis-daughter-caroline-details-her-love-of-threesomes-in-vanity-fair-essay/
Below is a snapshot of the Web page as it appeared on 5/13/2021 (the last time our crawler visited it). This is the version of the page that was used for ranking your search results. The page may have changed since we last cached it. To see what might have changed (without the highlights), go to the current page.
You searched for: +Caroline Giuliani We have highlighted matching words that appear in the page below.
Bing is not responsible for the content of this page.
Rudy Giuliani's Daughter Caroline Shares Joy of Threesomes 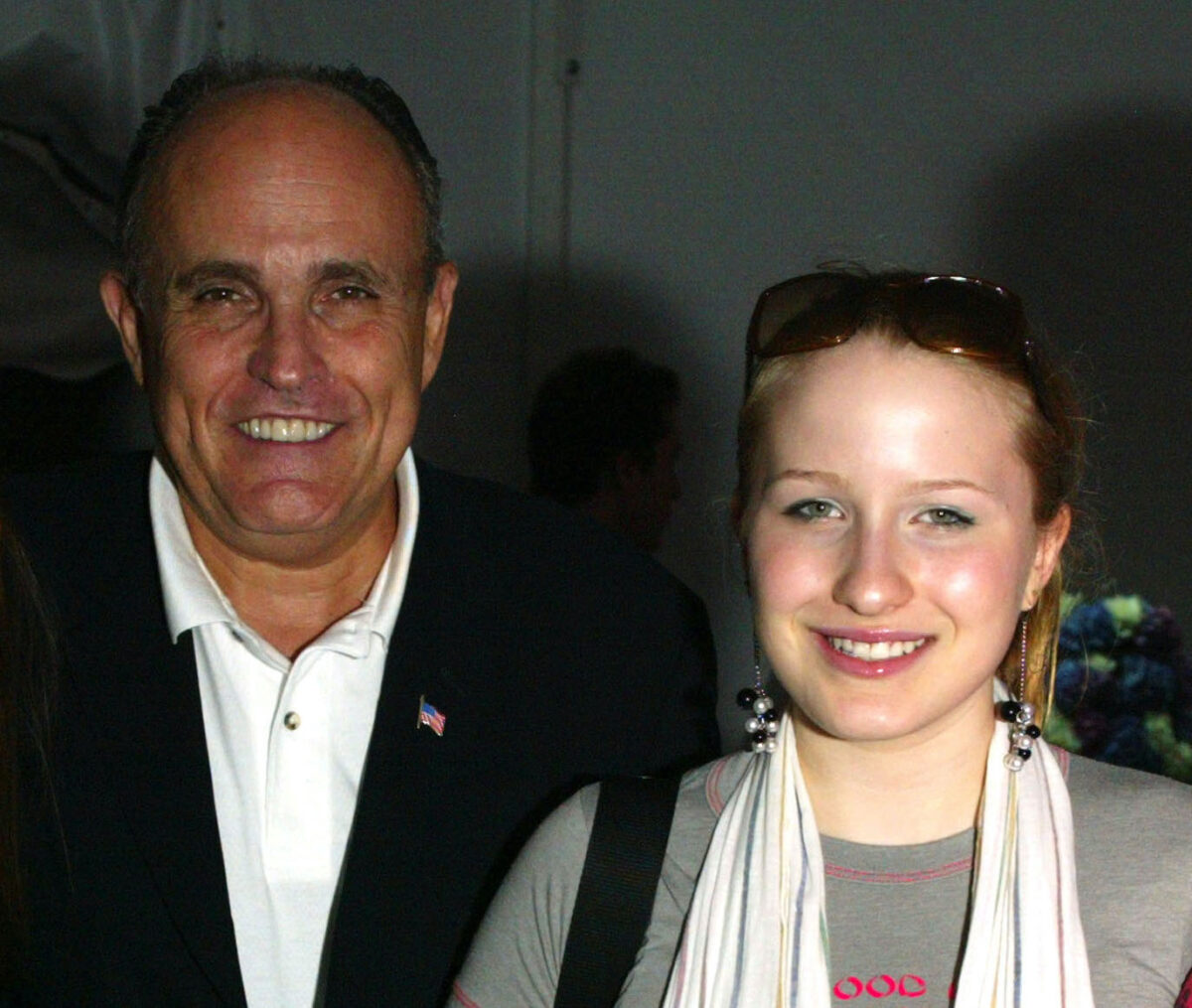 In today’s Giuliani Beat™, there is a lot of news to cover! Let’s get after it…

For starters, former New York Mayor and patriarch Rudy Giuliani is facing a lawsuit filed by Rep. Eric Swalwell for the role he played in the Capitol insurrection of January 6th. Son Andrew Giuliani was just named a contributor to conservative cabler Newsmax, and daughter Caroline Giuliani published an essay detailing her love of threesomes for Vanity Fair.

In what can fairly be called a bold, brash, and unique form of rebellion towards one’s father, Ms. Giuliani published a lengthy essay titled A Unicorn’s Tale: Three-Way Sex With Couples Has Made Me a Better Person. The thesis of the piece is prosaically detailed by the article’s DEK which reads “Intimacy between two people is like ping-pong, but with three people, it’s like volleying a ball with no net, and no blueprint. That openness has changed my life.”

“‘I want to watch my boyfriend bend you over’ was the general tone of the sexts we had already exchanged before we met,” is how Giuliani opens her essay. “My body coursed with adrenaline and nervous energy I hadn’t felt on a first date since I was a teenager. Now, in my late 20s, this was a new kind of first date—one with a couple.”

After more candid, and yes somewhat salacious descriptions of her personal sexual proclivities, she gets to the “nut” graph, which reads as follows:

Before discovering the world of ethical non-monogamy, known to some as “the Lifestyle,” I was in a long-term, loving, monogamous relationship that my body begged me to end before it progressed to an engagement. At the time, I didn’t fully understand what was missing from that relationship, but I did know that my partner loved me despite my weird wildness, while I yearned to be with someone who loved me because of it. To further confuse matters, I didn’t even know exactly what my “weird wildness” entailed, partly because I had spent so much time in relationships that were not conducive to personal and sexual growth.

She goes on to tell a tale of personal growth, self-acceptance, joy, and pleasure she receives from participating in threesomes.  Read the full account of Ms. Giuliani’s love and appreciation for threesomes here.

Have a tip we should know? [email protected]

Have a tip or story idea? Email us. Or to keep it anonymous, click here.