You have reached the cached page for https://www.ancientpages.com/2019/01/21/bona-sforza-ambitious-queen-of-poland-was-betrayed-and-murdered/
Below is a snapshot of the Web page as it appeared on 7/26/2020 (the last time our crawler visited it). This is the version of the page that was used for ranking your search results. The page may have changed since we last cached it. To see what might have changed (without the highlights), go to the current page.
You searched for: +Bona Sforza We have highlighted matching words that appear in the page below.
Bing is not responsible for the content of this page.
Bona Sforza – Ambitious Queen Of Poland Was Betrayed And Murdered | Ancient Pages

Ellen Lloyd - AncientPages.com - It was said that she had a nasty habit of interfering with everything. She was outspoken, full of energy, and hot-tempered. Bona Sforza has gone to the history books as an admired, but also criticized woman who was cunning, intelligent and there is no doubt that her strong personality gave her supporters as well as enemies. 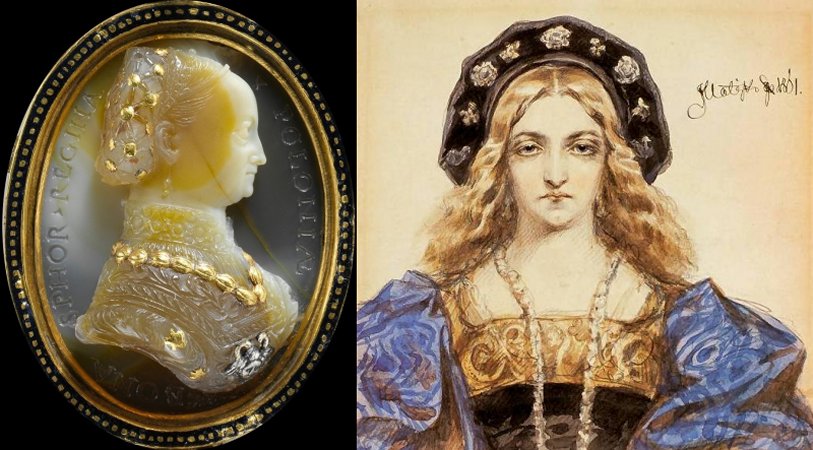 Personal tragedies seemed to follow in her footsteps. Her desire to gain power and wealth were the reasons her life ended in tragedy. Those she trusted, were also those who betrayed her.

Bona Sforza was an Italian woman who became Queen of Poland though her marriage to Sigismund I. Since Sigismund I was also Grand Duke of Lithuania, Bona Sforza gained an extra title and became Grand Duchess of Lithuania. However, her way to the throne was long and she had to overcome many obstacles before she could enjoy wealth and power.

Bona was born in 1494 in Milan, Italy. She was the daughter of Duke Gian Galeazzo Sforza and Dutchess Isabella of Naples. Having such powerful parents seemed like an ideal situation for a child like Bona, but fate decided against her. According to rumors, her father was poisoned the same year Bona was born. She had to move with her mother, brother and sisters to Sforza Castle in Milan where they lived under the protection of Ludovico il Moro, the uncle of Bona’s father.

Ludovico il Moro was no real friend of the family. Living under his protection was more like spending time in prison and he was constantly afraid Milan residents would rebel and install Francesco Sforza, the popular son of Gian Galeazzo. To be on the safe side, Ludovico il Moro separated Bona’s brother from the family and sent him away.

Bona’s Marriage To Polish King Sigismund I The Old

Now, Bona’s mother felt there was a need to leave Milan and she took Bona to the Castello Normanno-Svevo in Bari where they made a home for themselves. Bona started her education but her mother Isabella was restless and frustrated. All her children had died and Bona was the only one she had left.

Isabella was determined to find a suitable candidate who could marry her daughter. It should be an ideal man who could provide her with money and power. There were several marriage proposals, and finally Bona's old teacher Crisostomo Colonna managed to convince the widowed Polish King Sigismund I the Old to marry Isabella’s daughter. 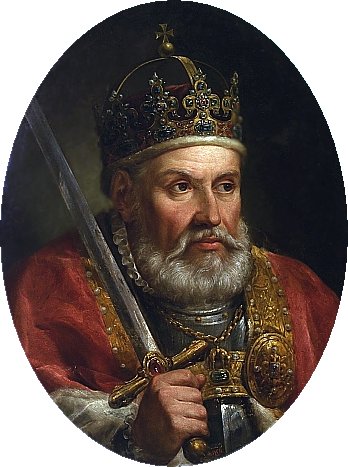 The wedding took place on 15 April 1518 just outside Kraków, Poland. At the time, King Sigismund I of the marriage was 51-year-old and Bona was 24-year-old. The difference in age was not the only reason why the couple was not a perfect match. The Polish King was calm and valued comfort, while Bona was a woman full of energy who loved entertainment.

A hunting accident led to a tragedy that affected the life of her entire family. In 1527, while being pregnant, she was attacked by a bear she was chasing. Bona fell of her horse and lost her unborn child. She became pregnant, gave birth to a boy named Olbracht who died on the same day.

As Queen of Poland, Bona Sforza was very involved in various state affairs, from the very beginning. It was by no means unusual that she and King Sigismund I disagreed. Still at the end, it was always Bona who decided how they were going to proceed. She simply “forced” her husband to accept her ideas and decisions. She could shout, cry or use another persuasive method to get what she wanted.

Of course, Bona was no bad wife either. She took care of her husband and nursed him when was sick, but she was ambitious, perhaps a little too much. She was intelligent and well-educated. She was familiar with several foreign languages and had knowledge of politics, history, mathematics, geography and theology. 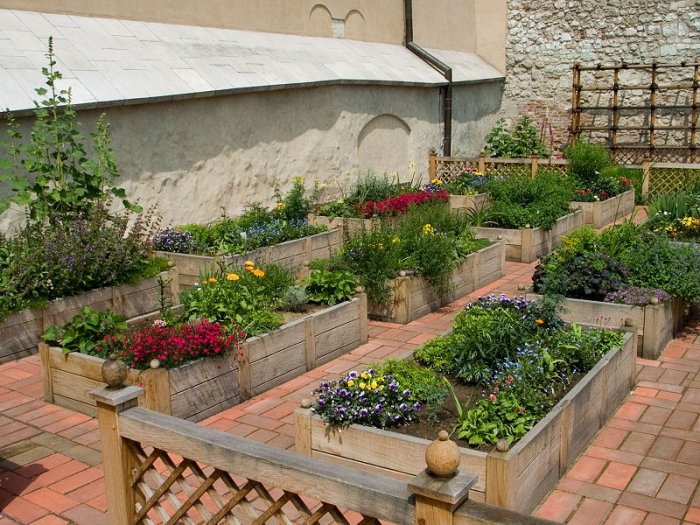 Bona was not a queen who would just sit on the throne doing nothing. She wanted to gain real power and become a person of true influence. The Queen of Poland was a fierce opponent of the House of Habsburg, also called the House of Austria. Her opinion was that her country should rather seek a closer alliance with Kingdom of France.

Bona had a good relationship with Pope Leo X who granted her the privilege of awarding benefices in several Polish cathedrals. This privilege gave her the perfect opportunity to secure support of various officials. Three of her most trusted supporters, Piotr Kmita Sobienski, Andrzej Krzycki, and Piotr Gamrat, were sometimes known as the Triumvirate.

Bona Sforza was not a Polish woman by birth, but she loved Poland and she was wanted the best for the country. One of her goals was to strengthen the royal dynasty's position in Poland.

Zawisza Czarny: Most Famous Polish Knight And The Quest For His Family Home

Winged Hussars: Facts And History About The Polish Warriors, Their Armor And Military Tactics

Biskupin: A 2,700-Year-Old Defensive Settlement Of Lusatian Settlers In Poland

Bona paid little interest to her three daughters, who we today know as Sophia, Duchess of Brunswick-Lüneburg, Anna I of Poland and Catherine, Queen of Sweden. They were completely overshadowed by their great and powerful mother.

Queen Bona Sforza was much more interested in her the well-being and political success of her son, Sigismund II Augustus of Poland.

Bona even pressured her husband to crown their 10-year-old son while King Sigismund I was still alive. Of course, King Sigismund I who was under pressure agreed to his wife’s wishes. It was a very unusual crowning, but Bona wanted to be completely certain no-one questioned her son’s future authority as ruler when her husband passed away.

Betrayal By One Of Her Own Led To Her Death

When King Sigismund I died on April 1, 1548 the queen’s situation changed. Bona moved to Masovia in Poland where she stayed eight years. Bona’s contact with her son Sigismund II Augustus of Poland was not good and she was very disappointed in him. Bona disliked his marriage to Elisabeth Habsburg. When Elizabeth died, King Sigismund II Augustus married to Barbara Radziwill whom Bona disliked also. When Barbara died in cancer, there were rumors the Polish King’s wife had been poisoned by his mother. There is no evidence of that, but this event led to that Bona decided to leave Poland and move back to Bari. 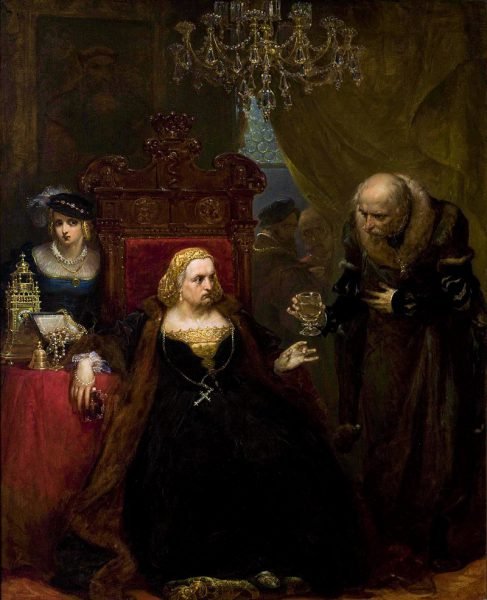 Queen Bona Sforza’s ending was rather controversial. On November, 19, 1557 she was poisoned by her trusted officer, Gian Lorenzo Pappacoda. Pappacoda was acting on behalf of King Philip II of Spain who was unwilling to pay back a large debt to Bona.

The outspoken Polish Queen, famous for having an opinion about almost everything, was buried in St. Nicholas' Basilica in Bari.

Copyright © AncientPages.com All rights reserved. This material may not be published, broadcast, rewritten or redistributed in whole or part without the express written permission of AncientPages.com

British Museum. Dept. of Manuscripts - Miniatures and Borders From the Book of Hours of Bona Sforza, Duchess of Milan, in the British Museum