You have reached the cached page for https://wikimili.com/en/List_of_rulers_of_Moldavia
Below is a snapshot of the Web page as it appeared on 3/7/2020 (the last time our crawler visited it). This is the version of the page that was used for ranking your search results. The page may have changed since we last cached it. To see what might have changed (without the highlights), go to the current page.
You searched for: +Bogdan II of Moldavia We have highlighted matching words that appear in the page below.
Bing is not responsible for the content of this page.
List of rulers of Moldavia - WikiMili, The Free Encyclopedia

This is a List of rulers of Moldavia , from the first mention of the medieval polity east of the Carpathians and until its disestablishment in 1862, when it united with Wallachia, the other Danubian Principality, to form the modern-day state of Romania.

Dynastic rule is hard to ascribe, given the loose traditional definition of the ruling family (on principle, princes were chosen from any branch, including a previous ruler's bastard sons – being defined as os de domn – "of Voivode marrow", or as having hereghie – "heredity" (from the Latin hereditas); the institutions charged with the election, dominated by the boyars, had fluctuating degrees of influence). The system itself was challenged by usurpers, and became obsolete with the Phanariote epoch, when rulers were appointed by the Ottoman Sultans. Between 1821 and 1862, various systems combining election and appointment were put in practice. Moldavian rulers, like Wallachian and other Eastern European rulers, bore the titles of Voivode or/and Hospodar (when writing in Romanian, the term Domn (from the Latin dominus ) was used).

Most rulers did not use the form of the name they are cited with, and several used more than one form of their own name; in some cases, the ruler was only mentioned in foreign sources. The full names are either modern versions or ones based on mentions in various chronicles.

The list is brought up to date for the first rulers, following the documented studies of Ștefan S. Gorovei [1] and Constantin Rezachevici. [2]

Lupu Coci, known as Vasile Lupu was the Voivode of Moldavia between 1634 and 1653. Lupu had secured the Moldavian throne in 1634 after a series of complicated intrigues and managed to hold it for twenty years. Vasile was a capable administrator and a brilliant financier and was soon almost the richest man in the Christian East. His gifts to Ottoman leaders kept him on good terms with the Ottoman authorities.

Constantin Brâncoveanu was Prince of Wallachia between 1688 and 1714.

Petru I may have been a Voivode (prince) of Moldavia from the end of 1367 to after July 1368. Several historians, including Constantin Rezachevici and Ioan Aurel Pop, believe him to have been the son of prince Ştefan, oldest son of voivode Bogdan I of Moldavia, while others, including historian Juliusz Demel, considered him to be the son of Costea of Moldavia with a daughter of Bogdan I. In the second hypothesis, there was no such voivode of Moldavia in 1367-1368, the first using the regnal name Petru being Petru II of Moldavia.

Dragoș, also known as Dragoș Vodă, or Dragoș the Founder was the first Voivode of Moldavia, who reigned in the middle of the 14th century, according to the earliest Moldavian chronicles. The same sources say that Dragoș came from Maramureş while chasing an aurochs or bison across the Carpathian Mountains. His descălecat, or "dismounting", on the banks of the Moldova River has traditionally been regarded as the symbol of the foundation of the Principality of Moldavia in Romanian historiography. Most details of his life are uncertain. Historians have identified him either with Dragoș of Bedeu or with Dragoș of Giulești, who were Vlach, or Romanian, landowners in the Kingdom of Hungary.

Costea was a Voivode of Moldavia mentioned in a document from 1407 in line of rulers between Laţcu and Petru. Initially it has been thought that he ruled between 1373 and 1374, as the first ruler of Moldavia from the Muşat family. Also he was believed by some to have been born in Wallachia, being probably related to Basarab I's ruling family. More recent studies tend to consider him a son of Bogdan I.

Vlad VI of Wallachia was the voivode [prince] who ruled Wallachia between June 1530 and September 1532. He has been historically referenced as Vlad Înecatul ["Vlad the Drowned"], as a description of the manner of his death.

Iuga of Moldavia (known also as Iurg or Iurie in Romanian literature, Yury in Ruthenian, Jerzy in Polish; the epithet Ologul means "the Crippled") was Voivode (Prince) of Moldavia from November 1399 to June 1400. According to one hypothesis, he may have been the Lithuanian prince George Koriatovich. Other hypotheses posit him as the son of Roman I of Moldavia (1391–1394) and an unknown wife, possibly of Lithuanian extraction from descendants of Karijotas, confused with the Lithuanian prince because of the similar name and background. The nickname "the Crippled" can be found only in the chronicle of Putna Monastery, drafted in the first years of the 16th century, but its origins are unknown. The reasons why he has remained in history with this nickname are not known precisely.

The House of Bogdan, commonly referred to as the House of Mușat, was the ruling family which established the Principality of Moldova with Bogdan I, giving the country its first line of Princes, one closely related with the Basarab rulers of Wallachia by several marriages through time. The Mușatins are named after Margareta Mușata who married Costea, a son of Bogdan I. For a long time it has been thought that Mușata was a daughter of Bogdan I and Costea was a member of House of Basarab who bore the name Muşat, all speculations unsupported by any documents. The House of Drăculești were one of two major rival lines of Wallachian voivodes of the House of Basarab, the other being the House of Dănești. These lines were in constant contest for the throne from the late fourteenth to the early sixteenth centuries. Descendants of the line of Drăculești would eventually come to dominate this principality until its unification with Transylvania and Moldavia by Mihai Viteazul in 1600.

Ciubăr Vodă was a Hungarian aritsocrat of Croatian origin, a commander of the John Hunyadi’s troops sent to support Petru the IIIrd to replace the Roman the IInd. Ciubar Voda governed Moldova for about two months after unexpected death of Peter the IIIrd before October 10 and by the end of December 1448 (possibly the end of January 1449, as in February 1449, Alexăndrel took the Moldova’s throne, governed for the first time. He is only mentioned by Grigore Ureche, as ruler of Moldova for two months after Petru III of Moldavia.

Basarab VI was the son of the usurper Mehmed-bey who ruled Wallachia briefly in 1529 after the death of Radu of Afumati. 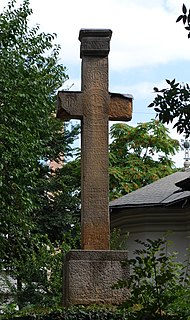 Leon Tomșa, also known as Leon Vodă or Alion, was the Prince of Wallachia from October 1629 to July 1632. He claimed to be a son of Ștefan IX Tomșa, and as such a Moldavian, but was generally identified as a Greek of lowly origins, and reportedly an oyster-monger. He was imposed on the throne by the Ottoman Empire, one of a line of Princes who were primarily subservient to Ottoman power. In his first year, he also supported the political ascendancy of Greeks and Levantines, many of whom made their way into Wallachia's traditional aristocracy, or boyardom. This upset the local boyars, who were further alienated and impoverished by Leon's fiscal policies, which in turn reflected Ottoman demands for tribute. The regime was threatened by an Oltenia-centered rebellion, initially led by Ban Aslan, and later by Matei Basarab. Though often depicted as an anti-Greek movement, it had Greeks and Romanians fighting on either side. 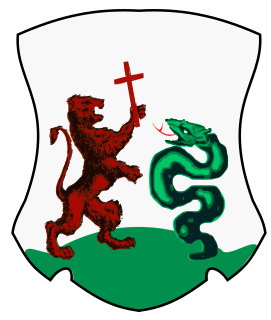 Udriște Năsturel, first name also Uriil, Uril, Ioriste, or Oreste, last name also Năsturelovici, was a Wallachian scholar, poet, and statesman, the brother-in-law of Prince Matei Basarab through his sister Elena Năsturel. Together, the three staged a cultural revival centered on Bucharest and Târgoviște. Năsturel had risen through the ranks of Wallachian bureaucracy and had served Radu Mihnea's government in Moldavia, being kept as Logothete by Matei Basarab. In office, he had an international correspondence and went on diplomatic travels through Central Europe, while also overseeing the printing presses. He was the titular boyar of Herăști, known in his day as Fierești and Fierăști, where he built a palace that stands as a late example of Renaissance architecture, and earned him a regional fame.

Hrizea of Bogdănei, also rendered as Hrizică, sometimes Hrizea-Vodă, was a Wallachian boyar and rebel leader, who proclaimed himself reigning prince in 1655. After rising to high office under his relative, Prince Matei Basarab, he was reconfirmed by Constantin Șerban. He alternated the offices of Spatharios, in charge of the Wallachian military forces, and Paharnic, before being won over by the rebellious Seimeni mercenaries. He issued a claim to the throne in Târgoviște, but controlled only part of the country, and had his seat at Gherghița. In summer 1655, his army was defeated, at Șoplea, by a Wallachian loyalists, supported by Transylvanians and Moldavians.

Leca or Lecca of Cătun, also known as Leca of Leurdeni, Leca Rudeanu, Comisul Leca, or Postelnico Leka, was a Wallachian political figure, prominent under Princes Michael the Brave, Radu Șerban, and Radu Mihnea. Originally a Comis, his first major assignments came during Prince Michael's conquest of Transylvania, when he also submitted to, and fought for, the Holy Roman Empire. Leca was a commander of Wallachian troops in Michael's battles at Mirăslău (1600) and Guruslău (1601), returning to Wallachia after Michael's assassination.

Banul Mărăcine or Mărăcină, common rendition of Barbu III Craiovescu, Barbu Mărăcine or Barbu Basarab, was a historical figure in Wallachia, who claimed the title of Prince. He was one of several Craiovești pretenders to the throne, a category which also included his father, Preda Craiovescu. Mărăcine himself entered historical record in 1532, when, as an opponent of Prince Vlad VI, he had his estate confiscated. He returned to favor later that year, with the crowning of Vlad Vintilă de la Slatina. Like Preda before him, Mărăcine served as Ban of Oltenia, becoming the last of his family to hold that title. According to various accounts, he turned against his new lord, from organizing armed resistance in Oltenia to involving himself in Vlad Vintilă's assassination. He was able to maintain his position following the crowning of Radu Paisie, but was eventually toppled by the latter in mid 1535.

The Paharnic was a historical Romanian rank, one of the non-hereditary positions ascribed to the boyar aristocracy in Moldavia and Wallachia. It was the local equivalent of a Cup-bearer or Cześnik, originally centered on pouring and obtaining wine for the court of Moldavian and Wallachian Princes. With time, it became a major administrative office and, in Wallachia, also had a lesser military function. The retinue of such boyars, usually called Păhărnicei, was in both countries also a private army.

The medieval fortress of Turnu is located in the southern part of Turnu Măgurele at a distance of 3 km from the city and 1 km from the confluence of the Olt and Danube rivers. The fortress is documented during the reign of Mircea the Elder (1394) and was built on the Danube line for the defense of Wallachia against the Turkish peril. At the end of the reign of Mircea the Elder, under unclear circumstances, it came under Ottoman occupation to return to the possession of Wallachia only in 1829 when it was burned and demolished.