You have reached the cached page for https://www.monstrousregimentofwomen.com/2017/11/berengaria-great.html
Below is a snapshot of the Web page as it appeared on 5/14/2020 (the last time our crawler visited it). This is the version of the page that was used for ranking your search results. The page may have changed since we last cached it. To see what might have changed (without the highlights), go to the current page.
You searched for: +Berengaria of England We have highlighted matching words that appear in the page below.
Bing is not responsible for the content of this page.
The Monstrous Regiment of Women: Berengaria "the Great"

The Writer Christine de Pizan at Her Desk

The formidable twelfth-century ruler, Urraca of Castile and León, fought throughout her life to maintain the unity of her kingdom--her chief antagonist was her own husband, Alfonso I of Aragon.  She prevailed in the struggle, and after her death, her son inherited the throne, becoming Alfonso VII of Castile and León.

But the kingdom whose unity Urraca had preserved was divided by her son: when Alfonso VII died in 1157, his older son became Sancho III, king of Castile, and his younger son became Ferdinand II of León. It was left to another queen regnant, Berengaria to reunite the two kingdoms.

Born in 1180, Berengaria (also known as Berenguela) was the eldest child of Urraca of Castile's great grandson, Alfonso VIII, and his wife, Eleanor of England. (Eleanor was the daughter of a woman we've met before, Eleanor of Aquitaine, and the sister of another capable ruling woman, Blanche of Castile.)

Berengaria was her father's heir presumptive until the birth of Ferdinand in 1189. (Queen Eleanor of England had given birth to two boys, one in 1181 and another in 1184, but both had died soon after birth.)

Given her proximity to her father's throne, Berengaria was a very desirable match--a marriage contract between the princess and Conrad, one of the sons of Frederick Barbarossa, the Holy Roman emperor, was agreed upon in 1187, and Conrad was knighted by Alfonso in 1188.

But by 1191, the contract was dissolved--it may have been her grandmother, Eleanor of Aquitaine, who objected to Berengaria's marriage to the son of the Holy Roman emperor because of the political pressures such a union might place on her own French possessions.

The question became moot when Conrad was assassinated in 1196--perhaps by a woman he had raped, perhaps as a result of an infection from being bitten by woman he was attempting to rape. In either case, Berengaria was lucky to avoid marriage to someone whose contemporaries described as "a man thoroughly given to adultery, fornication, defilement, and every foulness" (he wasn't totally condemned by this chronicler, however, who went on to add "nevertheless, he was vigorous and brave in battle and generous to his friends").

It was Berengaria's mother who seems to have been instrumental in arranging her daughter's marriage to Alfonso IX of León. It was an expedient choice: the king of León had invaded Castile (with the aid of Muslim forces, which had resulted in his excommunication).

Of course Alfonso already happened to have a wife--he had married Teresa of Portugal, his first cousin, in 1191, and by 1196, the couple had three children. In 1196, however, their marriage was annulled by Pope Celestine III.

And so Alfonso married Berengaria, variously described as his first cousin, once removed, or his second cousin. Whatever their exact relationship, this marriage was also challenged on the basis consanguinity, the kingdom placed under interdict by the pope.

Nevertheless, Berengaria and Alfonso remained together--they would have five children, despite their marriage being declared invalid in 1198.

In 1204, although the couple had tried to secure a dispensation, the marriage was formally annulled, but the offending parties did manage to have their children declared legitimate. Berengaria returned to her father’s court in Castile.

The peace between Castile and León was disrupted by the separation of the royal pair. Alfonso attacked Castile again in 1204, though treaties between the two kingdoms were made in 1205, 1207, and 1209. The conflicts were exacerbated by Alfonso's efforts to disinherit his children by Berengaria in favor of his children by Teresa of Portugal.

When her father died in 1214, Berengaria became guardian and regent for the young Enrique I, her brother. (Enrique was born in 1204; Ferdinand had died in 1211). Although she was quickly replaced by disaffected Castilian nobles, when Enrique died in 1217 Berengaria herself became ruler of Castile.

Her succession as queen regnant was problematic, however, in part because there was some question about whether she or her sister Blanca was the next legitimate heir to the throne, and in part because her former husband, Alfonso of León, was her son's closest male relative--and potential heir. After receiving the crown, therefore, Berengaria abdicated in favor of her son, who was recognized as King Ferdinand III

Berengaria's husband invaded Castile. Although he did not succeed in efforts to unseat the young king, Alfonso of León's opposition to Berengaria persisted; when he died in 1230, instead of naming Ferdinand to succeed him in León, his two daughters by his first wife were named as his heirs.

Berengaria a advised her son "with great prudence," indicating how to gain León without shedding more blood. Negotiating with his half-sisters, Ferdinand exchanged rich dowries for the crown of León, thereby reuniting the kingdoms of Castile and León.

Berengaria continued to play a significant role in the kingdom; she advised her son about military and political affairs until her death in 1246.

What Should We Do about Male Violence? 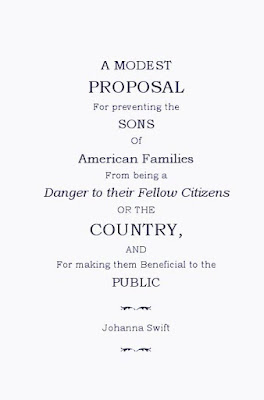