You have reached the cached page for http://www.froebeldecade.com/barbara-of-celje/
Below is a snapshot of the Web page as it appeared on 6/13/2020 (the last time our crawler visited it). This is the version of the page that was used for ranking your search results. The page may have changed since we last cached it. To see what might have changed (without the highlights), go to the current page.
You searched for: +Barbara of Celje We have highlighted matching words that appear in the page below.
Bing is not responsible for the content of this page.
Barbara of Cilli – Froebel Decade
Skip to content

Barbara of Cilli (1392 – 11 July 1451) was Holy Roman Empress and a queen of Hungary and Bohemia. She received the sobriquet Messalina of Germany, and was instrumental in creating the Order of the Dragon. She served as the regent of Hungary in the absence of her spouse. 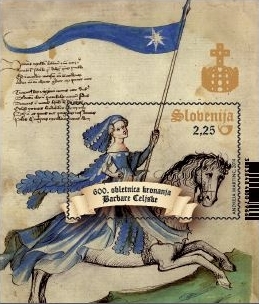 The Old Castle Celje is situated on a narrow rocky overhang above Celje. The original castle was built in the second half of the 12th century by the Counts of Vovberg from Carinthia who had Celje and its surroundings in their possession up to their extinction in 1322. After a decade of battles, the castle came into the hands of their heirs (1333), the Lords of Žovnek, later the Counts of Celje.

Picture book for children, with text in English, Spanish and German, published in April 2013, the inauguration of the Froebel Decade