You have reached the cached page for https://annaeverywhere.com/facts-about-poland/
Below is a snapshot of the Web page as it appeared on 9/19/2020 (the last time our crawler visited it). This is the version of the page that was used for ranking your search results. The page may have changed since we last cached it. To see what might have changed (without the highlights), go to the current page.
You searched for: +Anna of Poland We have highlighted matching words that appear in the page below.
Bing is not responsible for the content of this page.
25 Interesting Facts About Poland That Most People Don't Know Skip to content

I was born and raised in Poland. Here’s what the tourism board doesn’t tell you about Poland and neither does Google since quite often Google tends to forget about Poland’s achievements (start googling and you’ll see what I mean).

1. Poland is the 9th Largest Country in Europe.

(8th not Including Russia) Poland isn’t a small country, it’s actually one of the largest ones. Poland is bigger than Italy and the UK. 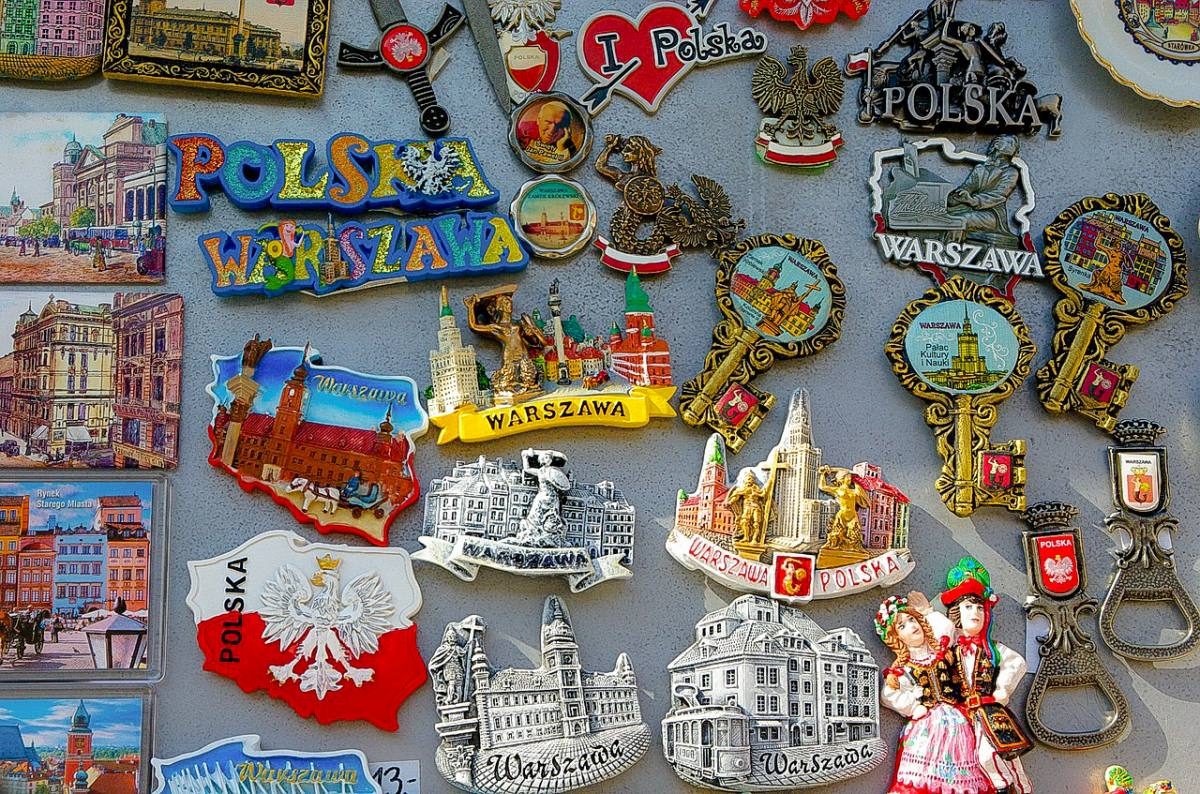 It originates from the name of the tribe Polanie, which means “people living in open fields”.

If you’re a fan of Game of Thrones, you might start reading Polish Medieval History. You’ll get confused many times (try reading something on the period from 1138 to 1320).

Later times also haven’t been easy for Poland. The country has been invaded or has fought for freedom in insurrections over 40 times. Poland even disappeared from world maps between 1772 and 1795.

4. Poland’s Consitution Was the 2nd in the World

Poland adopted its first written constitution in the spring of 1791, which was the 2nd in the world valid legal document of the kind. However, it was only in effect for only 14 months and 3 weeks before Poland was in partitions for over 100 years.

In 1853, Ignacy Lukasiewicz introduced the first modern street lamp from in Europe. His lamp inventions were, however, first used in Lviv in Ukraine. There is still a street in Warsaw that uses the same street lamps until today.

6. During the WWII Warsaw Was Almost Completely Destroyed and Had to be Rebuilt Completely

The Old Town that you can see in Warsaw isn’t the actual Old Town from before the war. The original has been completely bombed at in the 40s and Poles rebuilt it after the war using Bernardo Bellotto’s detailed paintings. That’s why now looks as it did in the 14th century, rather than the 20th. 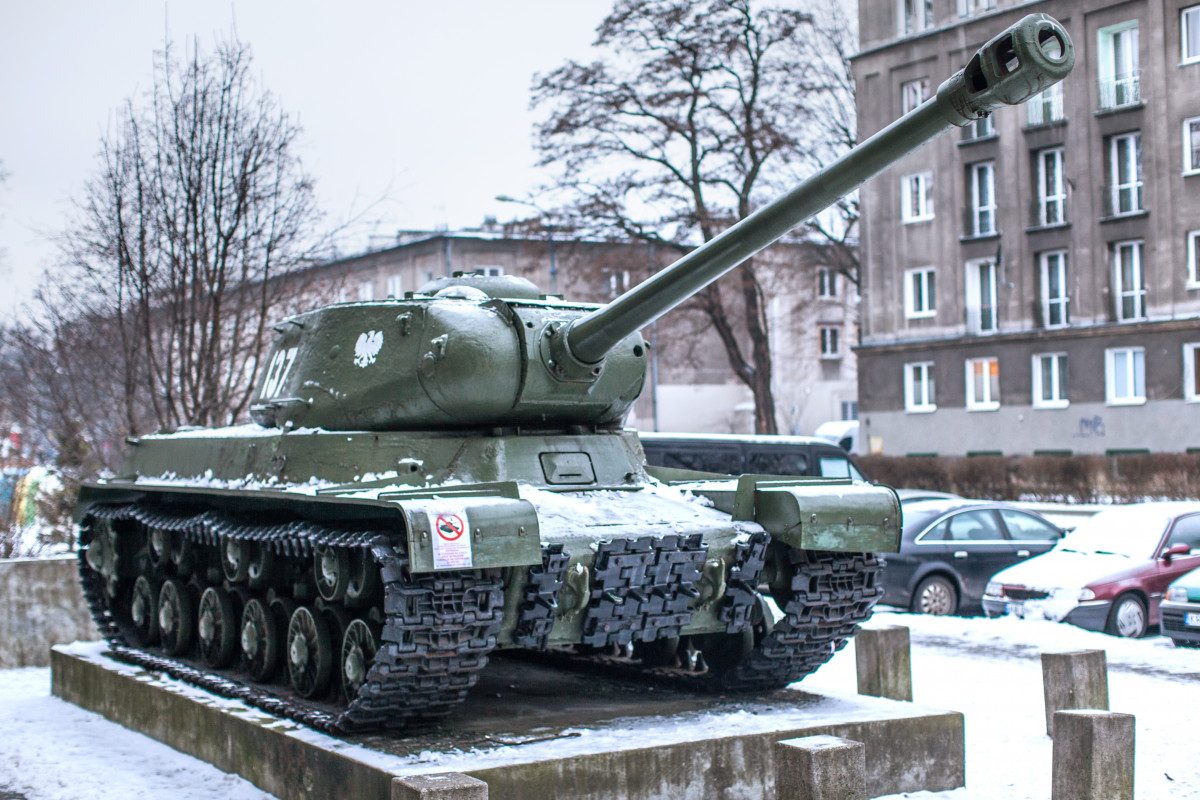 Poland has a very diverse nature. Almost 800 km of the seashore and a few mountain chains (Tatra, Carpathian, Sudet Bieszczady and Świętokrzyskie). Poland also has the only Central-European desert, Pustynia Błędowska.

9. Traditional Polish Last Names Change Depending on the Sex

Names that end with –ski/ska or –cka/cki work like adjectives and need to match the gender in Polish. So, if your father’s name is Kowalski, if you’re a female you’ll be called Kowalska. All Polish surnames in the US are a male version. 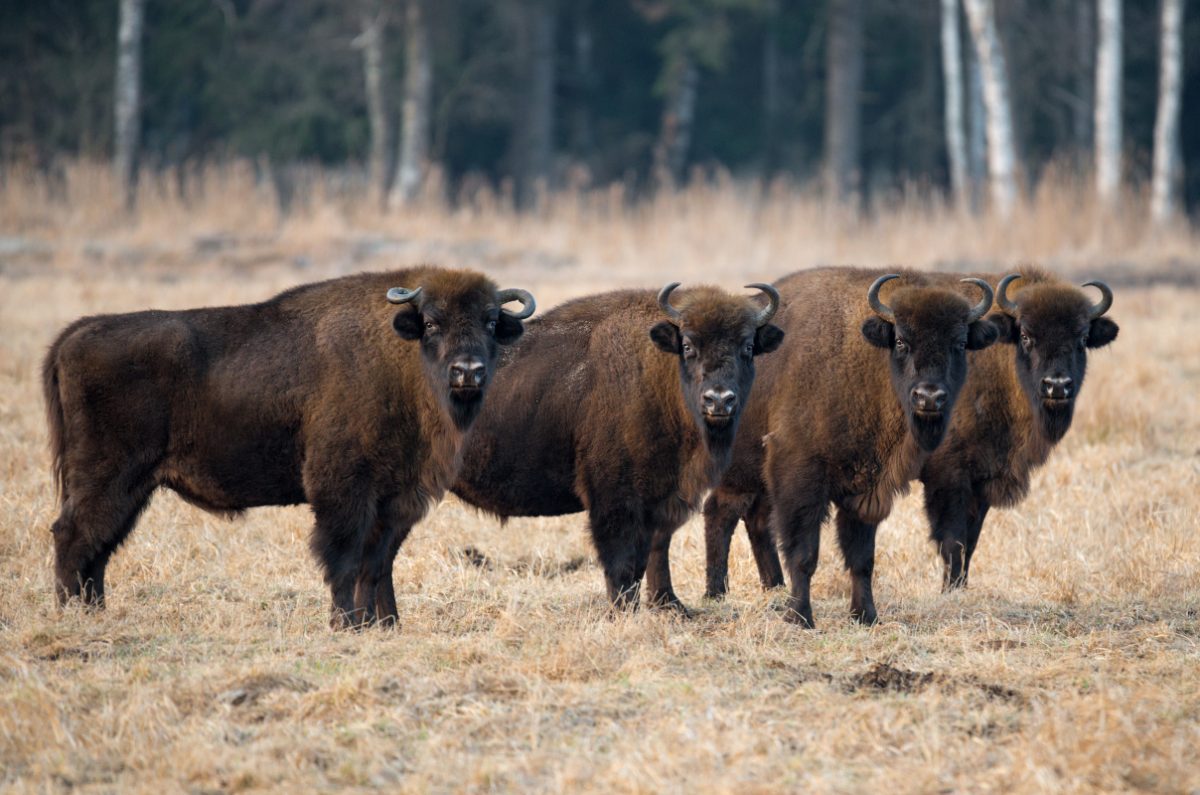 11. Poland Used to Have the World’s Tallest Structure

The Warsaw Radio Mast in Konstantynow was the world’s tallest structure from 1974, until its collapse in 1991. It was the second tallest structure ever built after Burj Khalifa, completed in 2010. The mast was 646.38 meters (2,120.7 ft) tall.

Poland has an impressive 16 World Heritage Sites and among them the biggest castle in the world – Malbork. Measured by the area. Prague Castle often claims to be the world’s largest, but it’s not since it’s not a single area.

13. Wearing a Hat Indoors is Considered Rude in Poland

If you wear a hat inside someone’s home or church it’s a sign of disrespect. While young people generally don’t mind, the older generation might feel uncomfortable.

14. Kissing Woman’s Hand is Still in Fashion in Poland

Polish men generally still tend to observe “the chivalry protocol”. Don’t be surprised if you see this, upon the first introduction between total strangers.

15. Poland Has Its Own Version of Thai Songkran

If you’re heading to Poland for Easter, prepare to get wet. Easter Monday is known as Smigus Dyngus when everyone is chasing one another with water guns and buckets. Traditionally, boys throw water over girls and spank them with pussy willow branches and the girls fight back.

In addition to birthdays, Poles celebrate their name day or imieniny, which is the day commemorating the Saint they are named after. The names associated with each day is listed in all calendars in Poland, so the Name Day is often more important than a birthday because everyone remembers about it.

If you’re planning on watching some foreign movies on TV in Poland, you might want to reconsider. Foreign movies and series are dubbed, but not by Polish actors, but a single man reading parts of everyone (including women and children).

The original version is still there, so viewers can hear the first two seconds of each sentence (and faintly in the background later), before the reader starts saying the same thing in Polish. 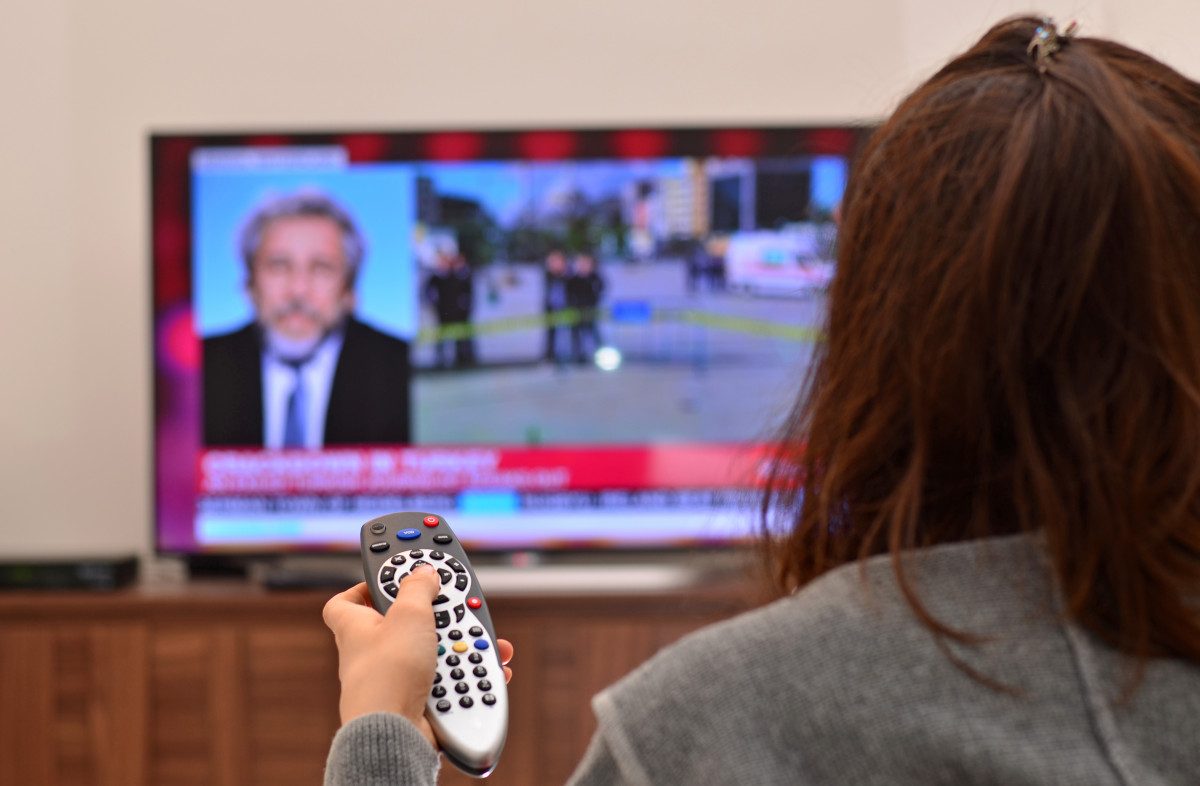 Amber is huge in Poland, so souvenirs and jewelry made of it are gorgeous. You might want to pick some up during your visit.

19. Mushrooming Is a Popular Family Activity in Poland

Going to the forest to pick wild mushrooms at the end of the summer is a popular activity for many people in Poland. Kids are taught how to distinguish an edible mushroom from a poisonous one early on.

20. You Can Still Eat at Europe’s Oldest Restaurant in Wroclaw

Located in Wrocław, the “Piwnica Swidnicka” is the oldest restaurant in Europe, open since 1275. You can still eat there today.

21. Buying an Even Number of Flowers for Funerals is Considered a Faux Pas

On the other hand, chrysanthemums, white lilies, and red carnations are considered the funeral flowers so make sure that you don’t buy them for other occasions. Some people take this very seriously.

It’s a baguette cut in half, topped with cheese and mushrooms and doused in garlic mayo and ketchup. Lots of ketchup. 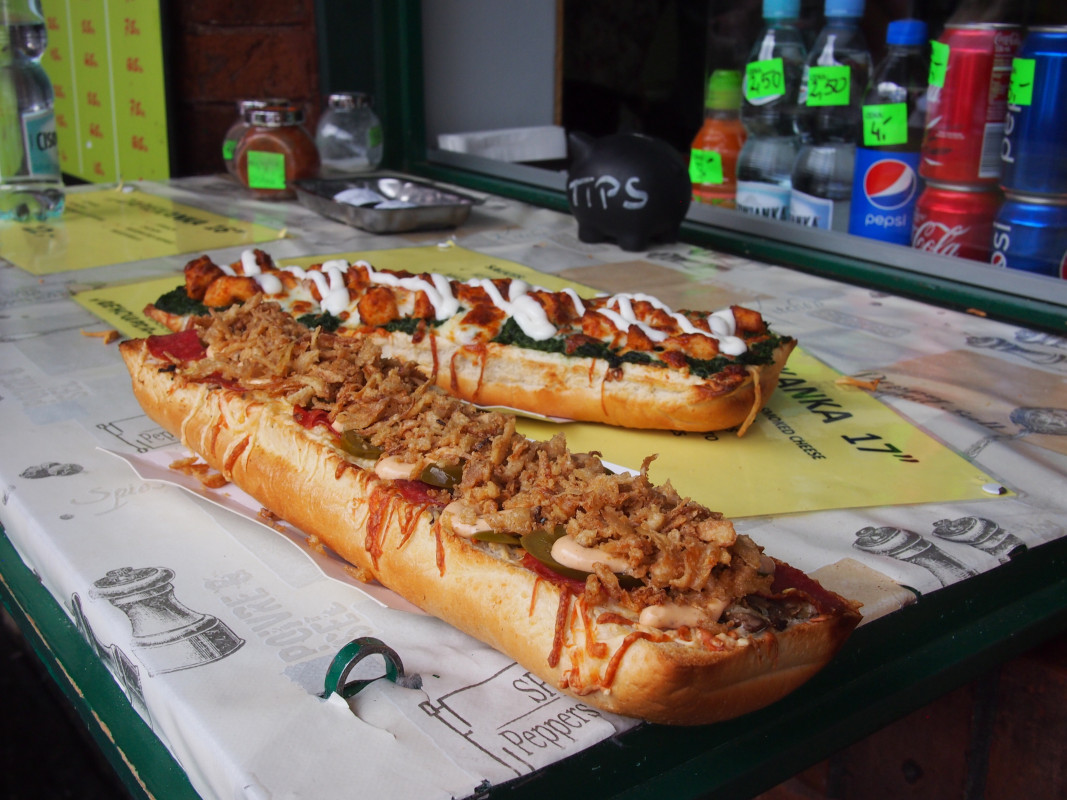 23. Latex Condoms Were Invented by a Pole

First latex condom was invented in 1912 by Julius Fromm, who made the rubber ones thinner and better. Ironically, until these dates politicians in Poland are arguing about which methods of anticonception should be allowed, if any at all.

24. Poland Has Its Own Version of Valentine’s Day

Kupała or Wianki is celebrated on June 21st, the ‘Feast of St. John the Baptist’ day. Men jump over bonfires and, women hope for wreaths. Wreaths with candles on one side of the river are floated to the other side and if one comes to you, you’ll be lucky in love. 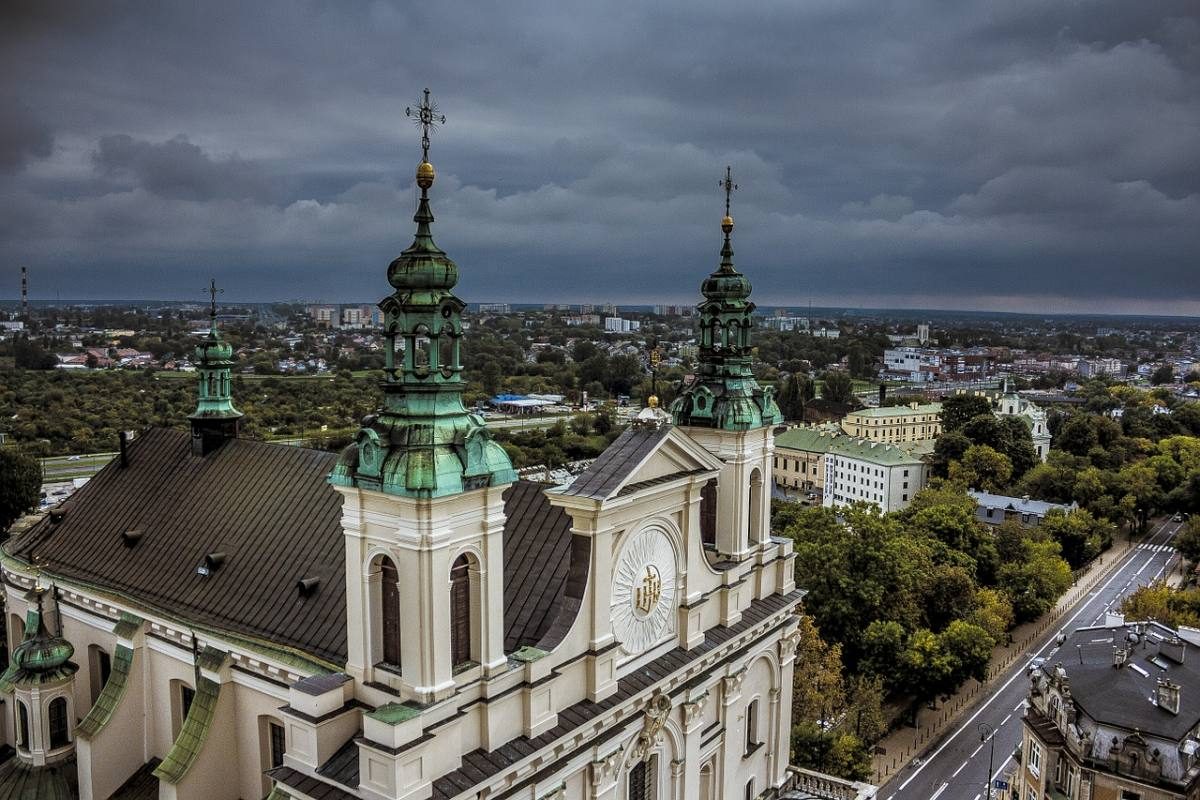 25. Poland is One of the Most Religious Country in Europe

While Poland doesn’t have a ‘Pope Channel’ on TV (I’m not sure where some editors of other articles took this from?), it does have a popular Catholic TV Station and a Catholic Radio. Religion also isn’t separated from the State. Not to mention that Poland is a proud owner of the tallest statue of Jesus in the world. Move over Christ the Redeemer… 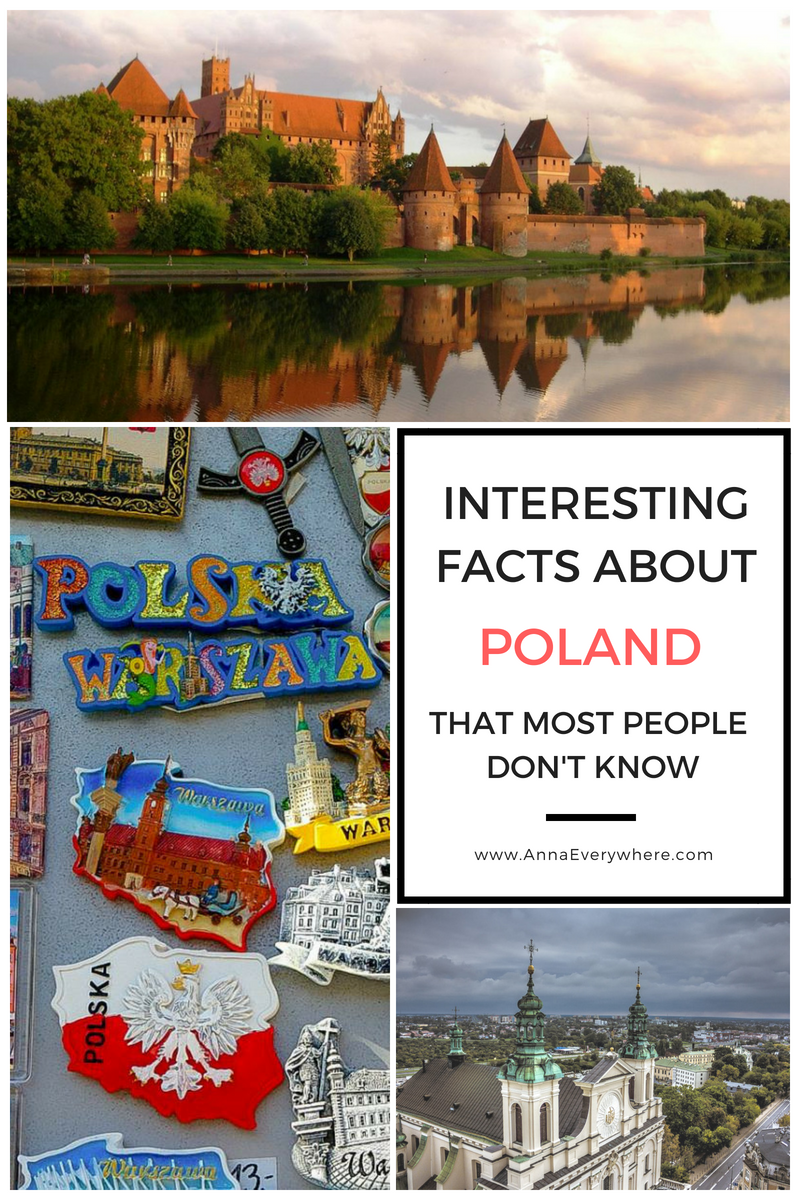 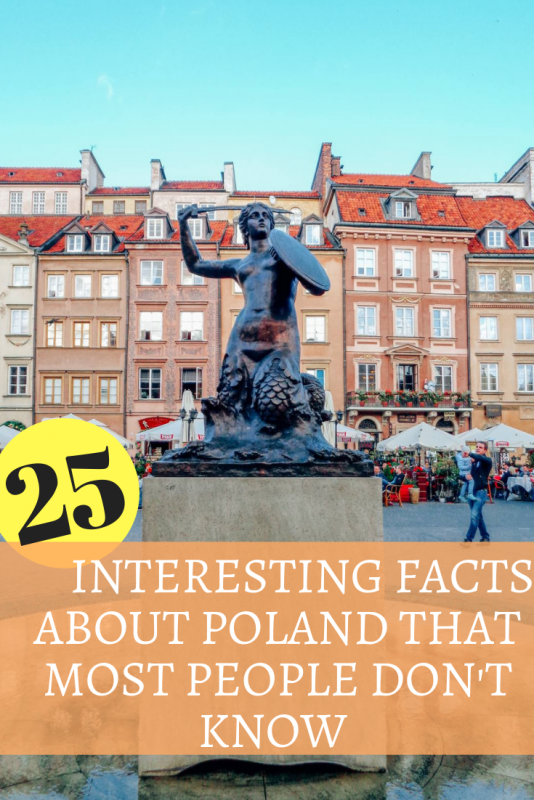 Does anyone know any more interesting and fun facts about Poland?

Best Polish Foods You Should Try

Best Places to Visit in Poland

Ultimate Guide to Warsaw by a Local

Things to Do in Krakow

Studying in Poland at UMK

I’m Anna. I’m a Polish-born citizen of the world.

At 20, I embarked on a mission to see the world while building my career through studying and working abroad.

Now, I’m a successful digital nomad who visited over 80 countries on 7 continents and lived in 8 countries. On top of raising a kid and a cat.

It’s my mission to teach YOU how can you turn YOUR dreams of travel and career, into reality.

I want to show that you don’t have to be ultra rich or have a travel partner to do it! Read more HERE!

If you’re looking for more in-home tips check out my other blog.

Where am I now?

Who else was here…