You have reached the cached page for https://www.rottentomatoes.com/celebrity/alicia_vikander
Below is a snapshot of the Web page as it appeared on 1/18/2021 (the last time our crawler visited it). This is the version of the page that was used for ranking your search results. The page may have changed since we last cached it. To see what might have changed (without the highlights), go to the current page.
You searched for: +Alicia Vikander We have highlighted matching words that appear in the page below.
Bing is not responsible for the content of this page.
Alicia Vikander - Rotten Tomatoes 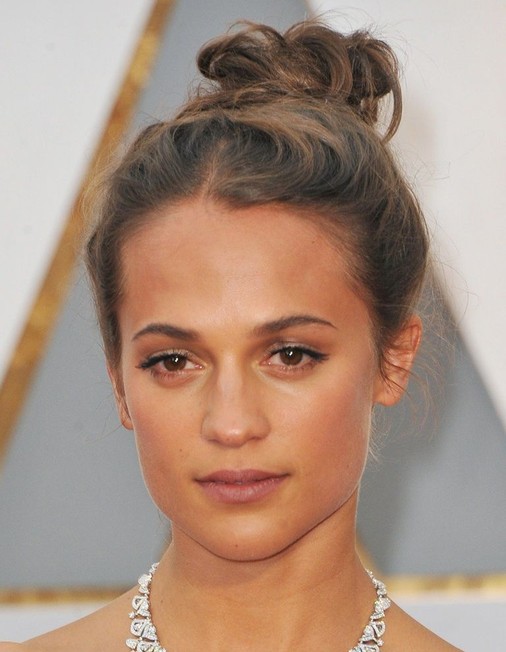 Born in Sweden in 1988, Alicia Vikander trained as a dancer in addition to acting. The Gothenburg native's first onscreen role was in the Swedish TV movie "Min balsamerade mor," in 2002, although her big break didn't come until her stint in the Swedish soap opera "Andra Avenyn" ("Second Avenue") (SVT, 2007-2010). In 2012, Vikander made her first international appearances in the period pieces "A Royal Affair" (2012) and "Anna Karenina" (2012). Although her supporting role in Joe Wright's "Anna Karenina" was her English-language debut, "A Royal Affair" gained her equal or greater acclaim, as she was the lead actress, and the film was nominated for Best Foreign Language Film at the 2013 Academy Awards. Predictably, the exposure led to a variety of new roles. She appeared in the fantasy action film "The Seventh Son" (2014), and the Australian crime thriller "Son Of A Gun" (2014), but also stayed true to her period roots for films like "Testament of Youth" (2015), in which she played World War I pacifist Vera Brittain. Vikander next played the android in Alex Garland's acclaimed artificial intelligence drama "Ex Machina" (2015), her biggest international role to date. She quickly followed that breakthrough with supporting roles in the summer action reboot "The Man from U.N.C.L.E." (2015), epic fantasy "Seventh Son" (2015), period romance "The Light Between Oceans" (2015), John Wells-directed restaurant drama "Adam Jones" (2015), and "The Danish Girl" (2015), starring Eddie Redmayne. That film, directed by Tom Hooper and based on the life of Lili Elbe, one of the first known recipients of sex-reassignment surgery, was a critical and popular success that won Vikander numerous honors for her role as artist Gerta Wegener, including Screen Actors Guild and Critics Choice awards, plus the Academy Award for Best Supporting Actress. Co-starring roles in the Bradley Cooper romantic drama "Burnt" (2015) and franchise reboot "Jason Bourne" (2016) raised her mainstream profile even further, while the historical drama "The Light Between Oceans" (2016) was an art house hit on which she met her future husband, co-star Michael Fassbender. (The couple married in Ibiza in October 2017.) Vikander next starred in the Wim Wenders thriller "Submergence" (2017) and Lisa Langseth's drama "Euphoria" (2017), while the filmed-in-2014 "Tulip Fever" finally limped into theaters after an extended period on the shelf.

Ingrid Bergman says: I fell in love with a man that was so different than any other man I had ever known.

Ingrid Bergman says: I never had the intention of staying in Sweden. That I knew since the beginning.

Ava says: What will happen to me if I fail your test?

Vera Brittain says: They'll want to forget you. They'll want me to forget. But I can't. I won't. This is my promise to you now. All of you.

Roland Leighton says: Now it's here, I have a dust and ashes feeling about it.

Roland Leighton says: When we're at Oxford, we'll be able to see each other every day.

Vera Brittain says: I'll be concentrating on my work.

Roland Leighton says: Did you read the poem?

Vera Brittain says: It was a little dry, as though you were holding back. I couldn't find you in it.

Roland Leighton says: Well, I can assure you, it's mine.

Vera Brittain says: Please, I'd rather be by myself.

Roland Leighton says: It's the books I'm worried about. I've never seen anyone beat them up that way.

Mr. Brittain says: Vera, come back and apologise now. If you can't show me the respect I deserve, then at least show some for our guests.

Vera Brittain says: I don't want a piano. You knew I didn't want one and still you bought it. I won't be bullied by you.

Mr. Brittain says: Oh, I buy her the most expensive gift of her life, but no, I'm bullying.

Vera Brittain says: That piano could pay for a whole year at Oxford.

Ava says: Isn't it strange, to create something that hates you?

Johann Friedrich Struensee says: I would recognize you blind folded.