A group of German tourists travelled to Russia on Friday to get vaccinated against the coronavirus amid vaccine shortages in Europe. 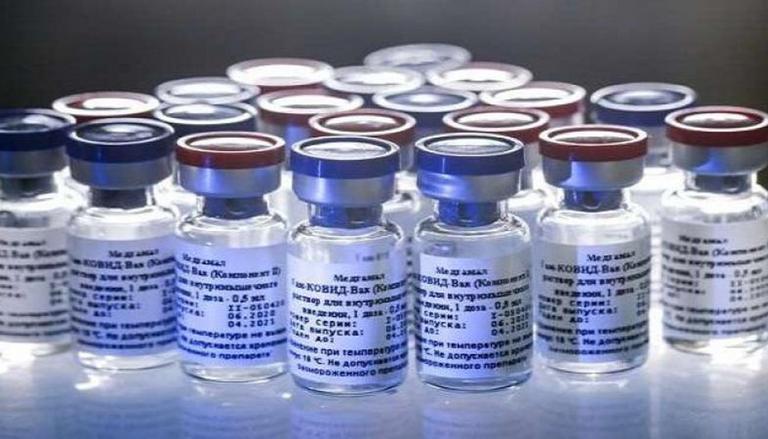 
A group of German tourists travelled to Russia on Friday to get vaccinated against the coronavirus amid vaccine shortages in Europe. Around 50 Germans flew to Moscow from Frankfurt on Thursday evening to get their first shot of Russia's Sputnik V vaccine as part of the vaccine tour organised by the German office of European Tour Operators.

During the three-night trip tourists are getting vaccinated by a Russian private clinic at a hotel and combine it with sightseeing of lockdown-free Moscow. "Lots of Germans want to go to Moscow to get the vaccinations and to combine the trip with holiday or with cultural program, so it works," said one of the tour organisers Hans Blank.

For 46-year-old software developer from Stuttgart, Uwe Keim, vaccination in Russia is the only option available at the moment after Serbia halted vaccination for foreigners. "In Germany I saw that getting a regular vaccine was approximately five to ten months in the future, so it was too long for me," said Keim.

Although Sputnik V has not yet been approved for use in the EU, German tourists trust the study published in the British medical journal The Lancet saying the vaccine is 91% effective and appears to prevent inoculated individuals from becoming severely ill with COVID-19.

"It's basically like AstraZeneca, just really little differences so I said ok, it's good enough for me," said Enno Lenze who travelled to Russia for the first time. The vaccination tour is organised by a Norwegian travel operator World Visitors who has already helped Russians living in Germany to travel to Moscow to get vaccinated.

The trip was supported by All-Russia People's Front (ONF), a pro-government political movement. Co-owner of World Visitor and head of the vaccination tours project Albert Sigl claims that ONF has little to do with the second tour with German tourists. According to Sigl, the organisation has only provided a support letter that should facilitate communication with state bodies.

"We as the tour operator do not have any intention, political intention," says Sigl. "For us it's a simple business model." As German tourists enjoy the convenience of getting vaccinated at the hotel, some Russian regions are short of vaccine supplies. Russian President Vladimir Putin's envoy to Far East complained last week of lack of vaccines in the Far East regions.

At the same time Deputy Prime Minster Tatyana Golikova said yesterday more than 8 million Russians have been vaccinated which is around 5% of the total population, while according to Putin's statements of last month Russia has produced 20.1 million jabs. "I really do hope I'm not taking it away from Russian who wants to get vaccinated and can't because of me," said Uwe Keim. "I'm rather relaxed that there are more vaccines available here in Russia than it's demanded by the people here."

(Disclaimer: This story is auto-generated from a syndicated feed; only the image & headline may have been reworked by www.republicworld.com)